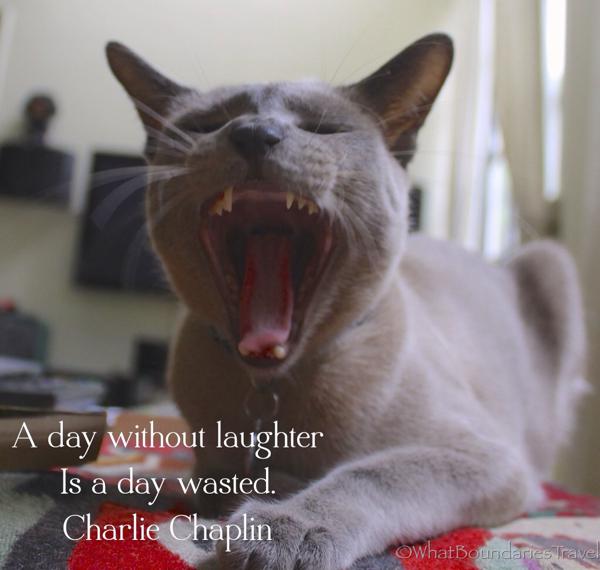 All posts from
Posted in

Laughter as medicine? YES! It’s been shown again and again that laughter can be a potent aid to fighting disease. The positive effects of laughter provide both short and long term improvements in everything from stress levels to pain relief. Laughter is a natural wonder.

So here are a few healthy HUMOR PILLS to hopefully spread some smiles around the globe!

When a group of third graders were asked to come up with some of their best jokes about allergies, this is what we found…

Where is a sneeze usually pointed?

What does a pony sound like when it has a cold?

What disease does grass get?

Did you mean for the giraffe to look like that, or was it an accident? Norma

Who draws the lines around countries? Nancy

Thank you for my baby brother, but what I prayed for was a puppy. You can look it up. Bruce

5 THINGS YOU DON’T WANT TO HEAR BEFORE, DURING OR AFTER SURGERY

Come back with that! Bad dog!

Okay, now take a picture from this angle. This is truly a freak of nature,

I wish I hadn’t forgotten my glasses.

Has anyone seen my watch?

An Irishman had been drinking at the pub all night. The bartender finally said the bar was closing. The Irishman stood up to leave, wobbled and fell flat on his face. He tried to stand up one more time – same result. He figured he’d just crawl outside to get some fresh air to sober up. That didn’t seem to help much, so he decided to just crawl the four blocks home.

When he arrived at his door, he stood up – again – fell flat on his face. He crawled through the door and into his bedroom. when he reached his bed, he tried once more to stand up. this time he managed to pull himself upright, but he quickly fell right into bed. He was asleep as soon as his head hit the pillow. His wife, being used to his all-night binges, barely stirred.

But much too early the next morning he was awakened by his wife standing over him shouting, “Seamus, what have I told you about drinking so much at the pub? You’ve been out all night again, haven’t you?”

Putting on an innocent look, he asked, “But how did you know? I thought I was being quiet.”

“The pub called – you left your wheelchair there again!”

As with all medical conditions discussed on the Internet, check first with your doctor before using any alternative treatments.

Get more great travel health tips as well as spa & wellness destinations on our partner site The Traveling Pharmacist.