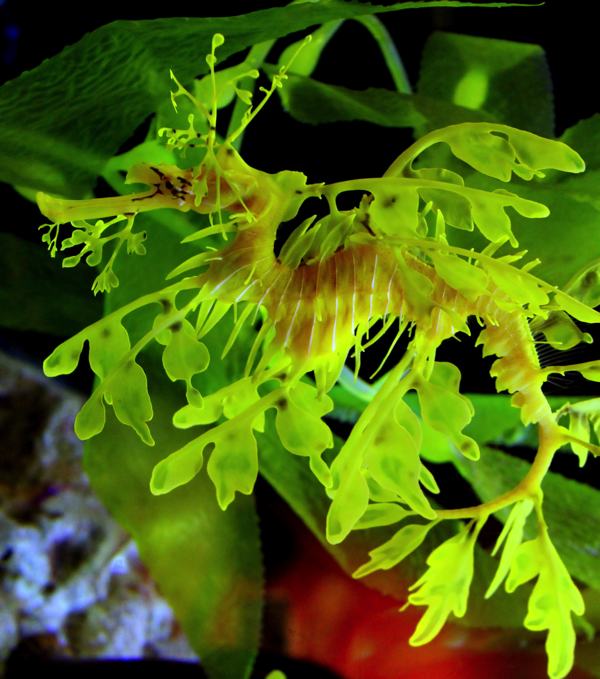 Did you see that piece of seaweed move? Look closer! Not only did it move, but it has eyes!

Is that an eye?

This unique and fascinating marine specimen is the Leafy Sea Dragon. Their ability to camouflage themselves is extraordinary.  In the wild, you’ll mainly find these relatives of the seahorse in Southern Australia and divers will most often come into contact with them near Adelaide in water 4 to 20 meters in depth. In captivity, we had the opportunity to come face to face with these mesmerizing creatures at the Florida Aquarium in Tampa. 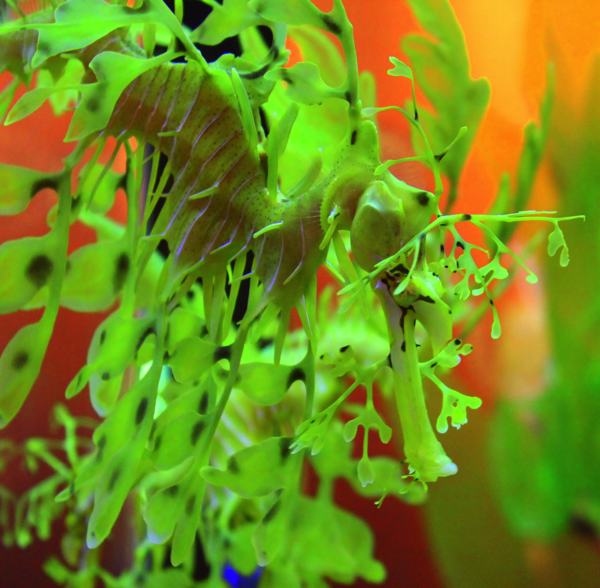 “Leafies”, as they are called by their friends, can grow to a length of about 14 inches (35 centimeters) and like seahorses, the male is responsible for incubating and releasing the young sea dragons. Their cousins, the Weedy Sea Dragons “Weedies” are a bit larger and are more reddish in color. Unlike a seahorse, the dragons are unable to curl their tail and attach to sea grasses. As a result, they cannot stabilize themselves during storm surges and are many times washed ashore which contributes to their decline. 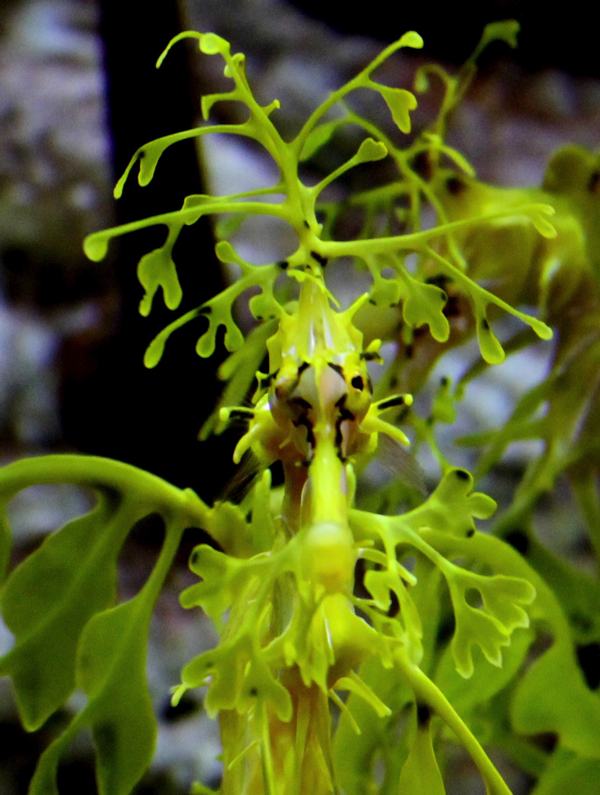 Listed as a near-threatened species, the Leafy Sea Dragon is protected in Australian waters from capture by divers, but pollution and habitat encroachment is still contributing to their decline.  It’s important to raise awareness of this fantastic marine creature before it disappears. Because of the challenge keeping the sea dragons in captivity, only a handful of aquariums around the world are able to display these beautiful specimens.  The Florida Aquarium is one and not only are they educating visitors about these amazing creatures, they also offer internship programs in the husbandry of Weedy and Leafy Sea dragons to further promote and protect the sea dragons. 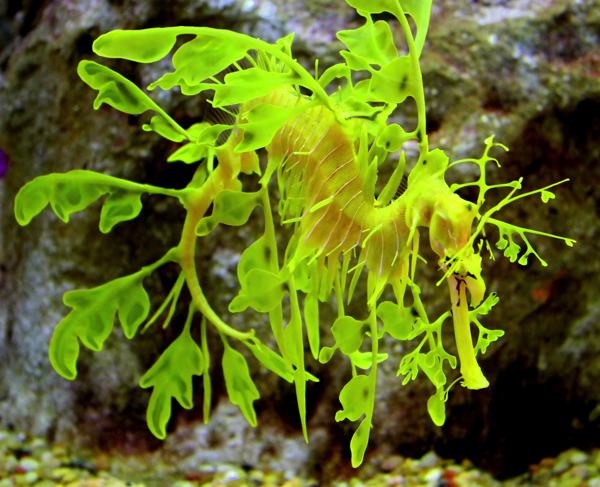