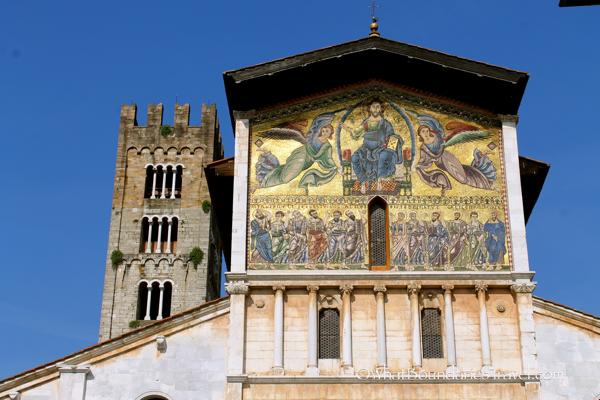 Hello, just wanted to mention, I enjoyed this post. It was funny. Keep on posting! 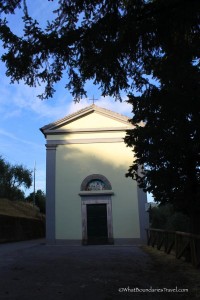 Just at the bottom of the hill from where we’re house-sitting is a picturesque chapel called Chiesa Santa Zita.  It’s been closed since we arrived. The homeowners told us the story of the servant peasant girl Zita born in 1212 who sneaked bread from her master’s house to the poor and hungry of the village. When confronted with her “sharing”, the girl’s stolen bread in her skirts miraculously turned into flowers. Inside this chapel was a replica of her mummified body – the original of which was on display in the nearby town of Lucca in the church of San Frediano. Of course we were intrigued!

The tiny church is only open on Sundays, so we were eager for a peak at the patron saint of lost keys and household servants. Set on a hill overlooking rolling olive groves and the occasional vineyard, the view is spectacular. As a girl living in this village, Zita would certainly have appreciated the natural beauty surrounding her. A devout and pious girl, the stories of Zita’s compassion and close connection to God began to spread. One such story was that when she went out of the house to attend to someone in need during her working hours, other house servants found angels in the kitchen doing her duties of baking the family bread. Her fame even spread to Florence where her name was mentioned in Dante’s Divine Comedy.

When she died on April 27th at the age of 60, it was said that the church bells began to toll on their own. In 1580, her body was exhumed and found to be “incorruptible”. Incorruptible, according to the Catholic Church, is the belief that Godly intervention allows some human bodies (specifically saints) to avoid the normal process of decomposing after death as a sign of their holiness. Zita was finally canonized in 1696. Now her mummified body lies in the Basilica of San Frediano in Lucca, but a cast replica is here in the village where she performed her first miracles! Under purple lights, the body is displayed for the faithful to pay their respects.

On April 27th of every year, citizens of Lucca celebrate Saint Zita by baking bread and bringing flowers to San Frediano. On feast day, her body is brought out to be touched for a blessing. Below is the prayer to Saint Zita for domestics…

Dear follower of the Son of God, you desired to become a servant and died the death of a slave. You were not only a faithful maid-servant but a practical lover of the poor. Like Mary you could have said: “Behold the handmaid of the Lord.” Prompt domestics to be just and charitable, seeing in their employers children of God and setting an example for them as servants of God. Amen. 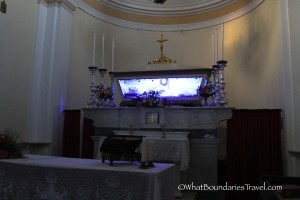 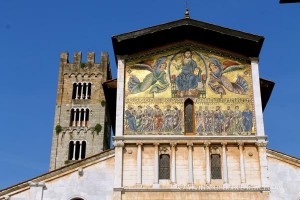 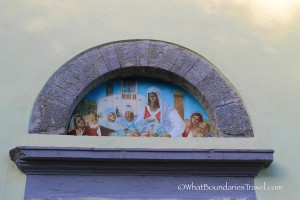 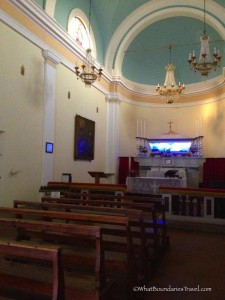