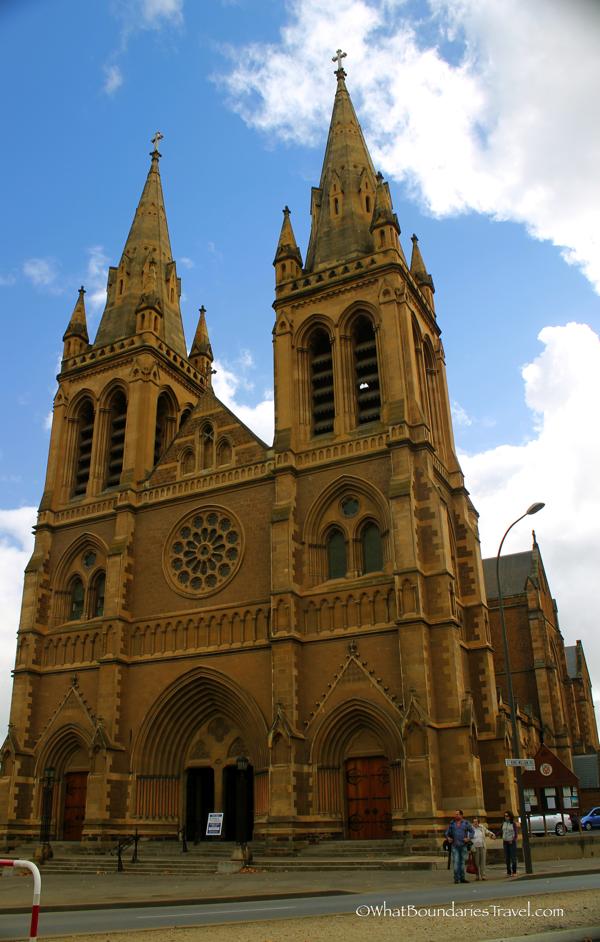 I admit it. We’re both suckers for beautiful old cathedrals, the older and more historic, the better. So we were beyond thrilled when, on a recent visit to St. Peter’s Cathedral in Adelaide, we were just in time for an opportunity to help ring the famous church bells!

These aren’t just any bells either. These are of the English change-ringing style. The two-ton tenor bell, named Great Frederick, after it’s donor Mr. Frederick Lakeman, actually weighs in at 2096kg! The Latin inscription on the bell translates to “Frederick Allen Lakeman gave me and my brothers for the praise of the Father, the Son and the Holy Ghost AD 1941”.

The bells arrived on December 10th and the dedication service was performed on St. Peter’s Day by the Bishop of Adelaide. A band of ringers was flown from Sydney to open   “the finest ring in Australia”. A crowd estimated at 15,000 attended the ceremony and the visiting ringers stayed for week to help the locals learn to ring. 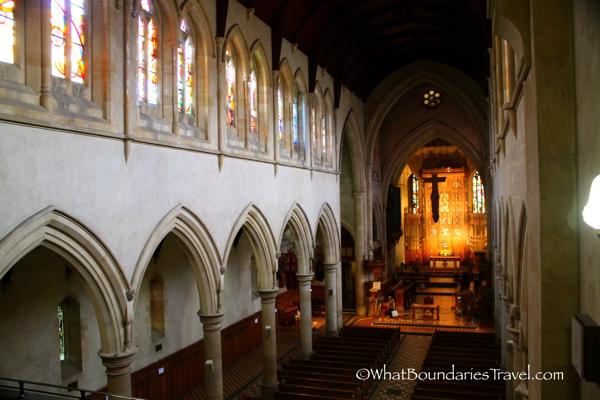 On February 20th, 1963, to commemorate the visit of Her Majesty Queen Elizabeth II, a full PEAL or 5,040 Grandshire Triples were performed over a period of 3 hours and 32 minutes! Since that time, a total of 63 peals have been rung at St. Peter’s Cathedral.

Our bell ringing adventure didn’t last nearly that long. However, we did begin by visiting the Adelaide Ringing Centre, one of the most advanced training centers for bell ringing in the world! Featuring a library, seminar room, digital resources and an incredible learning center of “dumb bell wheels” to replicate the action and feel of a real bell. Sensors connected to tablet computers simulate the sounds of the bells. 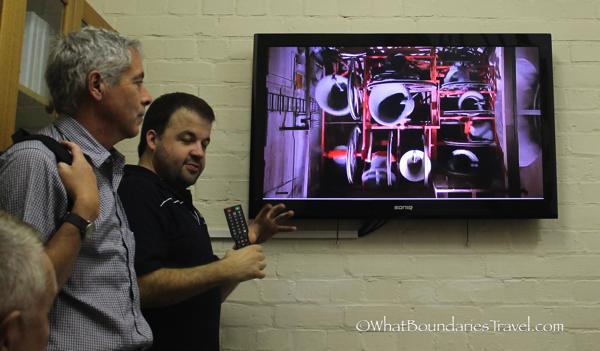 Learning the “Ropes” of a Bell Ringer

Once we’d graduated from our training, we were allowed to actually ring the big bells. Wow! What a treat! The resonating sounds echoing through the vast spaces in the spires above us were inspiring. You could feel the power of the bell as it tumbled and the cord moved in your hands. 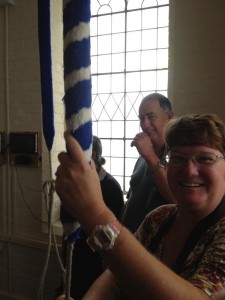 Bell ringing is so much more than we’d ever imagined. It’s part mathematics, part physical, part musical, and requires concentration and teamwork. Ringers are a dedicated group of people who enjoy sharing their passion for the glory of God. Read more about the amazing Adelaide Bell Ringers here. Free guided tours of the cathedral are held every Wednesday at 11:00am, and every Sunday at 12:30pm; tours take about 45 minutes.

Learning from the Bell Ringers Society