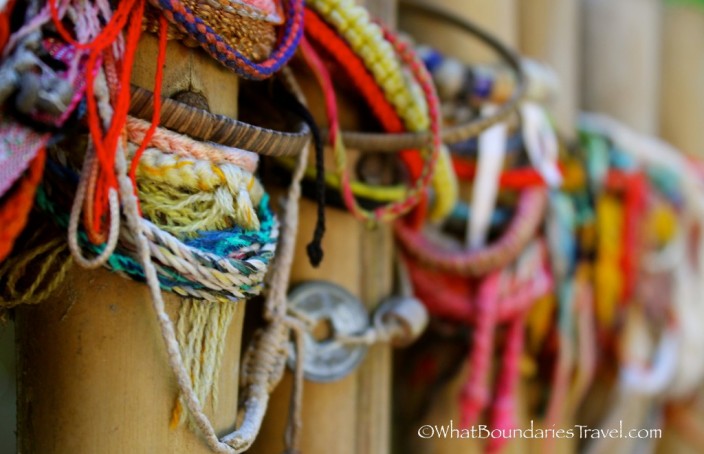 Within a tranquil Buddhist monastery setting is a grim reminder of a horrific not-so-long-ago past of the Cambodian people. Wat Thmey is a beautiful, unassuming temple dedicated to many of the nearly 2 million who lost their lives under Pol Pot’s Khmer Rouge regime from 1975 to 1979. 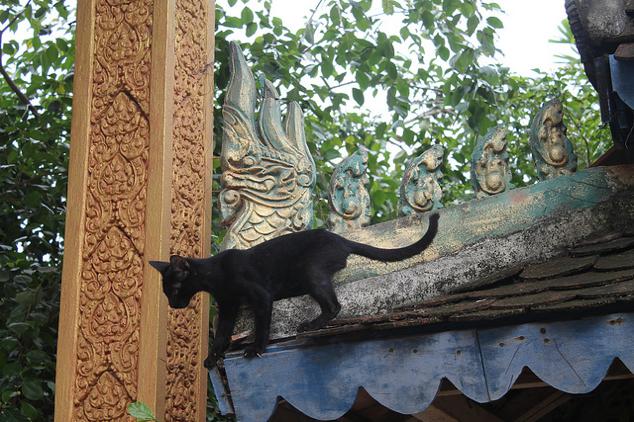 While I was busy learning 4th grade math and science, the children of this country were forced to work in the rice paddies for 12-14 hours a day with only 2 bowls of rice a day to keep them alive. Money was abolished. Hospitals, schools, museums, and libraries were closed. Artists, engineers, musicians, doctors, and monks were all killed. If a person wore glasses (a sign of being an intellectual) this was grounds for execution.

Religion was outlawed. Families were separated and would be put to death if they communicated with each other in any way. Millions of city-dwellers were forced to the rural countryside to work and starve while their property was seized. The “killing fields” became mass graves for hundreds of thousands who were simply buried alive because the regime did not want to waste bullets. 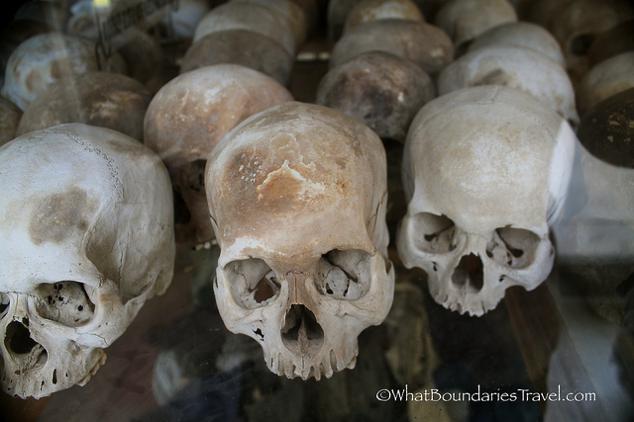 The party motto was “To keep you is no benefit. To destroy you is no loss.” The paranoia of the Khmer Rouge was unparalleled and no one was safe. Over 95% of the Buddhist monasteries were destroyed or used as warehouses. 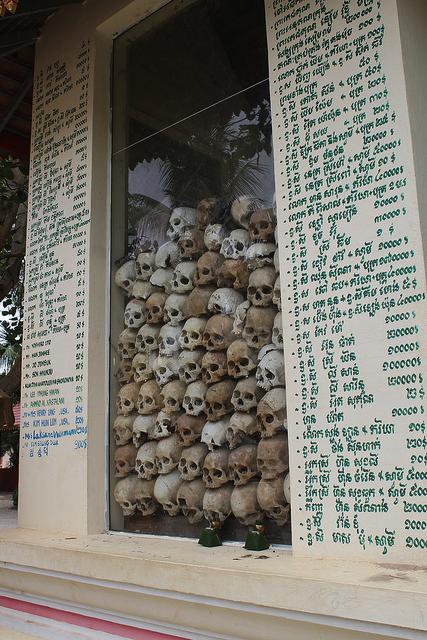 Physical mutilation and torture were commonplace. In total, almost 1/3 of the country’s population was exterminated. The sheer magnitude of the atrocities committed during this 4 year period are incomprehensible.

Two million people…and not so long ago. Today we visit the magnificent temples of Angkor Wat to appreciate the glory and power of ancient history, but the horrible past of this country is much more recent and raw. It’s important that we take a moment to remember those who died here in the killing fields.

To Respect and Remember.