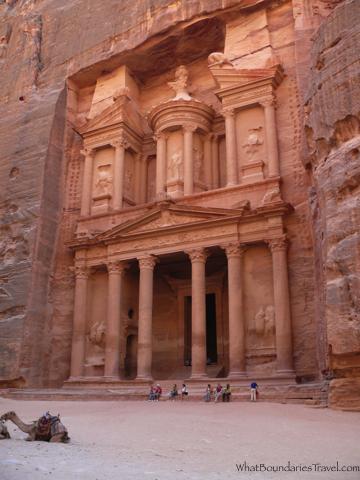 we were climbing up the mountains in the middle of petra! it was so amazing, too see caves, nobody other…

Unfortunately, photos don’t do Petra any justice. It’s one of those places you must experience for yourself. The long walk through the bizarre rock formations and soaring walls of the Siq leads you to a simply breathtaking look at The Treasury (Al-Khazneh). Carved in the 1st century BC as a tomb for a Nabataean king, this tremendous monument soars 43 meters high and just over 30 meters wide! We were in awe as we stepped out of the darkness to glimpse this majestic tomb.

The name PETRA comes from the Greek word meaning “rock” and rock is the canvas on which this ancient city is now viewed. From the moment you begin the journey deep into the element-carved channels and paths, you realize the power these rocks held as shelter, worship, and to hold life-sustaining water.

Join us for a tour of Petra through these photos, but please don’t let this be your only visit – someday you MUST see it for yourself! 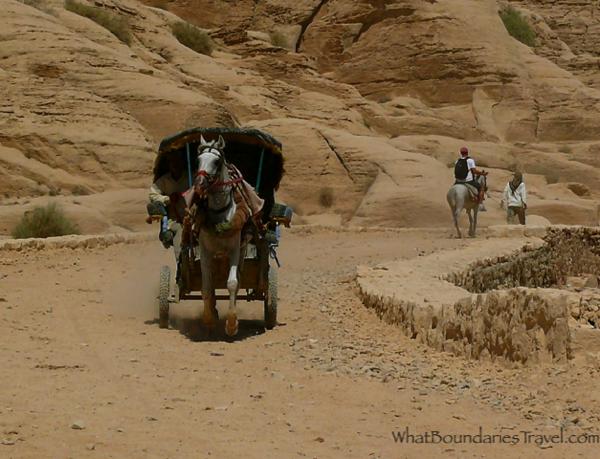 As you enter the gates of Petra, beware of fast-moving horses! They’ll run you down if you’re not careful. 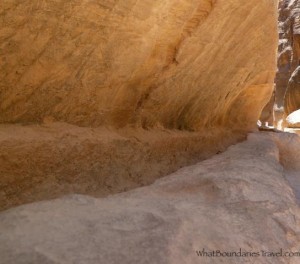 There is so much to see and learn about the Nabataean people who settled this area more than 2200 years ago. Roman and Egyptian influences abound in this ancient city. The Tomb of the Obelisks and the Tomb of the Triclinium (first pic above) are many separate chambers carved into the rock face and were used not only for burials, but also for ritual celebrations. In the second photo, the resourcefulness of the Nabataeans is evident in the water channels cut into the cliffs as they harnessed the power of the rains to have running water for their people. 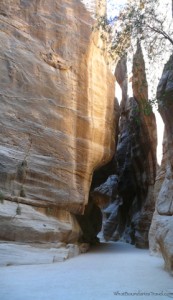 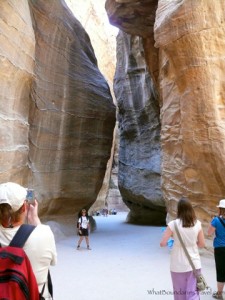 The Siq is the ancient main entrance to Petra. This gorge of beautiful rock formations is 80 meters high and winds over 1200 meters to open at The Treasury. Along the way, it’s possible to step back in time and imagine what life must have been like over 2000 years ago. 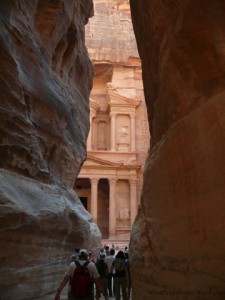 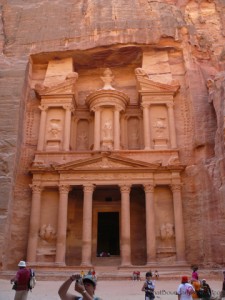 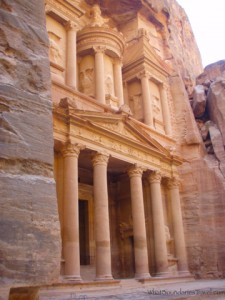 Suddenly, you step out of the Siq and you’re greeted by this – The Treasury! It takes a few moments just to take it all in… 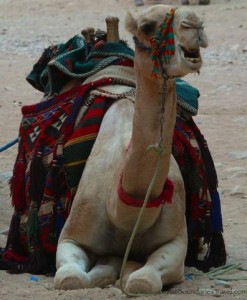 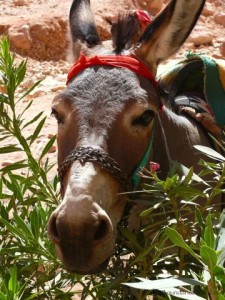 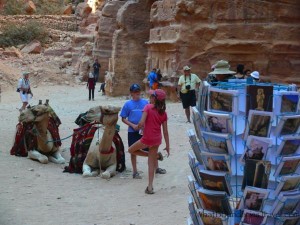 The animals rest while the old meets the new… 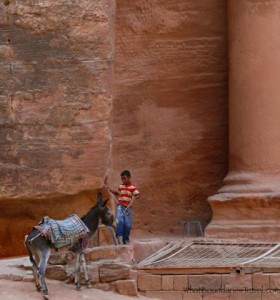 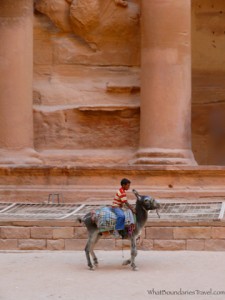 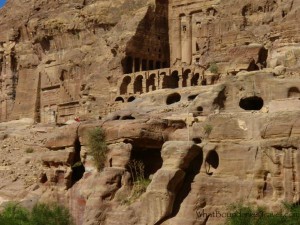 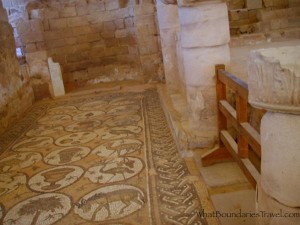 Archeologists call Petra the Eighth Wonder of the World with good reason. It wasn’t until the 19th century that Swiss traveler Johann Ludwig Burckhardt first arrived at a mysterious place where access was prohibited and was only described in literature as “the ancient and fabulous capital of the Nabataeans”. Only then did exploration begin in the forgotten city and there is still so much to be learned.