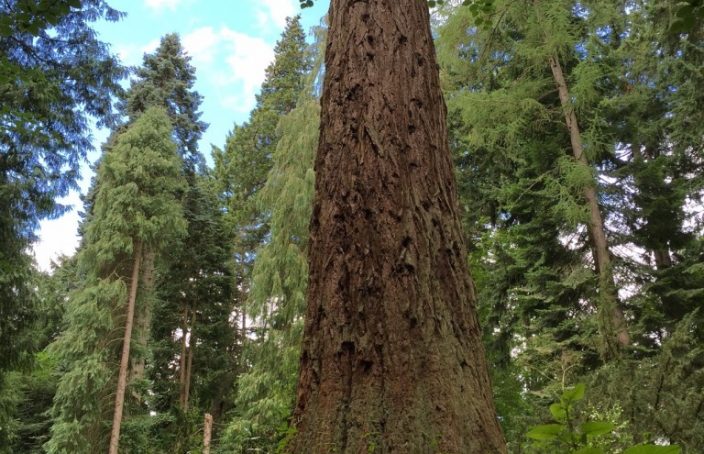 I love how it's rich in history. The tree looks creepy though.

What do a giant redwood in America, Robert Burns and the Duke of Wellington have in common?

Let me tell you a story…

Isn’t that how some of the best tales start? Well here is the story of Mount Strange, an odd mound of dirt hidden in the forest of Blair Castle in Scotland. 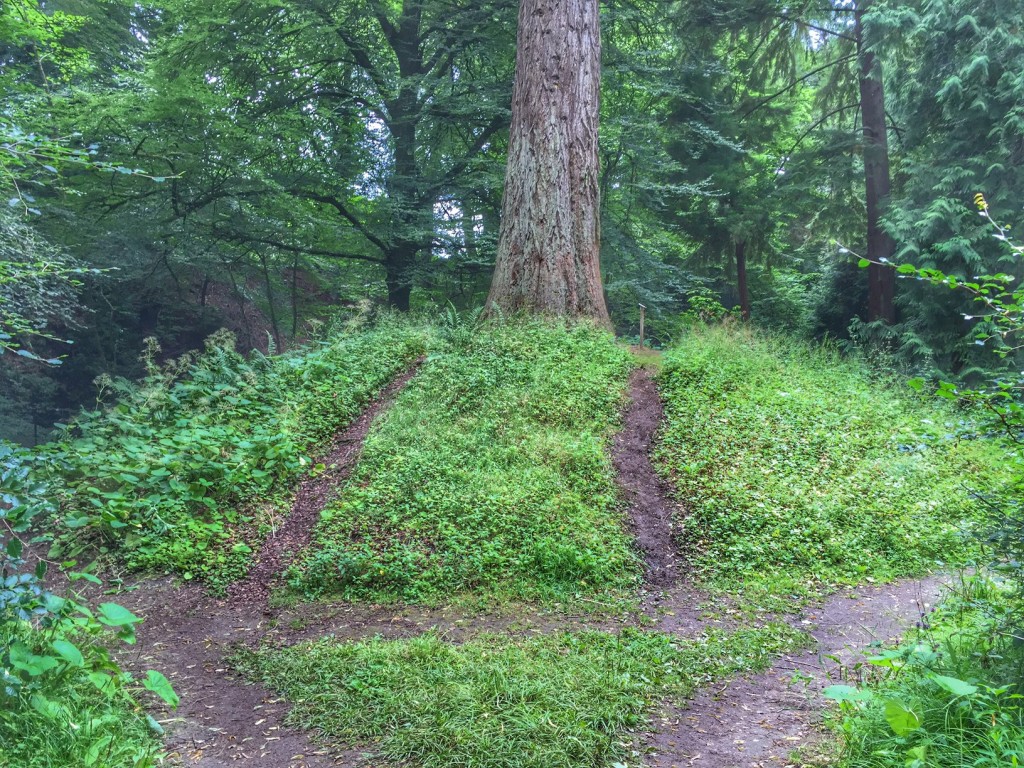 The size of Mount Strange – as this unusual mound of dirt around an enormous tree is called – has special significance. In 1884, it was reshaped to represent the huge diameter of the GRIZZLY GIANT, the largest of all the giant redwoods growing in the Mariposa Grove of Yosemite National Park, California. Walking leisurely around the mound takes almost two minutes – imagine the size of the trunk of the Grizzly Giant! 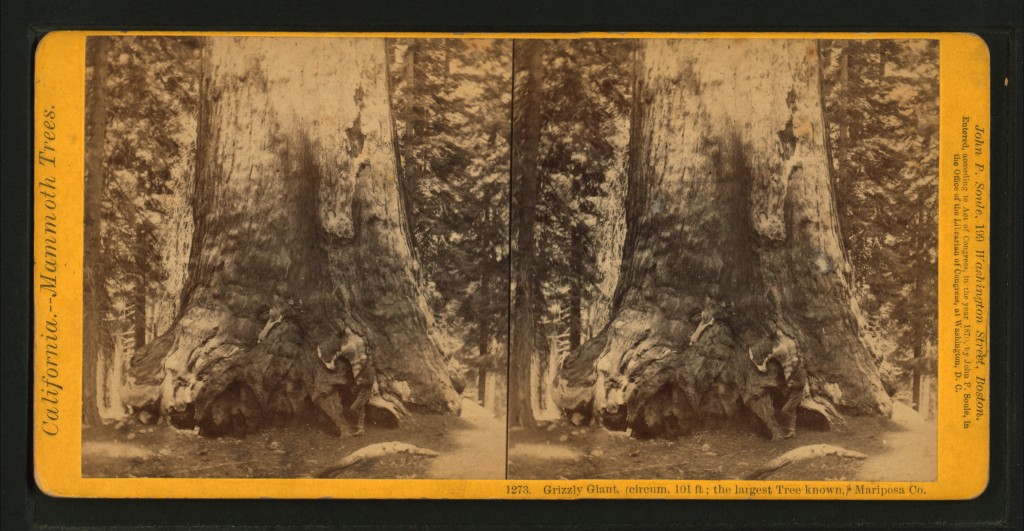 The name Mount Strange commemorates the 2nd Duke of Atholl taking his seat in Parliament. He had recently inherited the title Baron of Strange through his paternal grandmother and went under this to parliament in 1737, the year in which Diana’s Grove was originally laid out. Named for the Roman goddess of the hunt, Diana’s statue resides in the middle of the some of the largest trees seen in the UK. 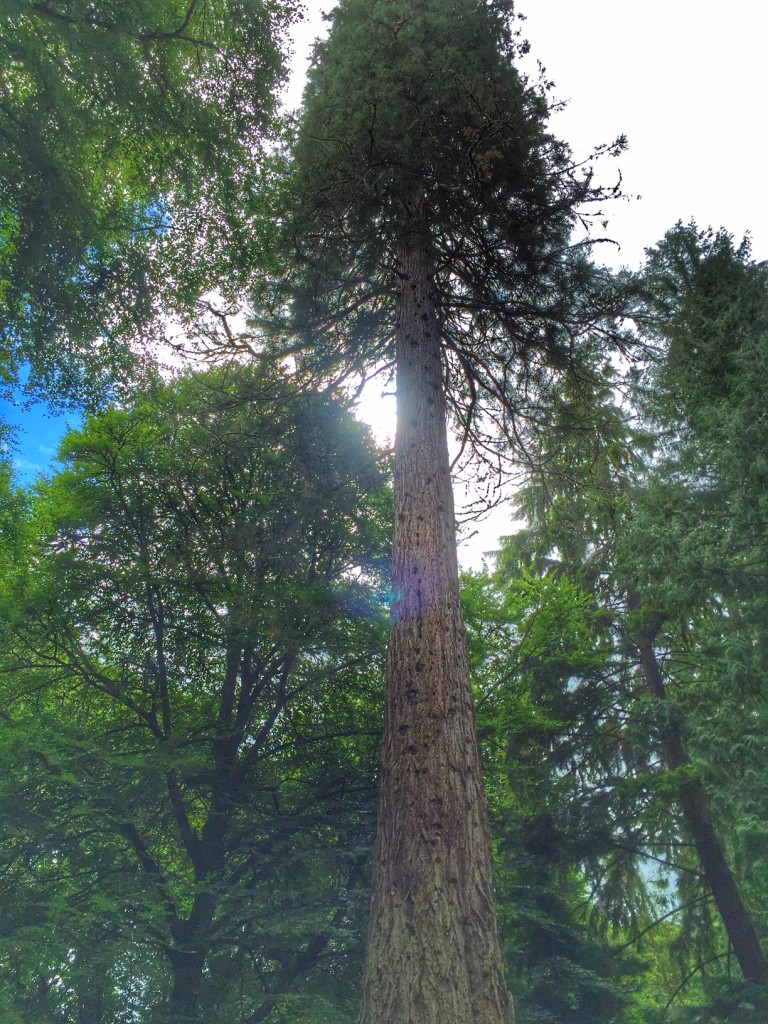 Introduced to the UK in 1853, the giant redwood was named Wellingtonia in memory of the Duke of Wellington who died the previous year. Although over a century old, this proud specimen is still a baby compared with its parent, believed to be over 2000 years old.

When Robert Burns visited the area in 1787, he was very upset at the lack of trees or bushes surrounding the streams and waterfalls through the glen. To plead his case, he wrote the poem “The Humble Petition of Bruar Water to the Noble Duke of Atholl” with a request that His Grace –
“Would then my noble master please
To grant my highest wishes,
He’ll shade my banks wi’ tow’ring trees,
And bonnie spreading bushes.”

Evidently, Robert Burns’ words carried quite a bit of weight with the Duke of Atholl and his ancestors. Between 1738 and 1830, the Atholl family planted over 27 million trees within the Atholl Glens. The stories of how they accomplished this are quite funny.
James Nasmyth, a famous engineer known for inventing the jackhammer, wrote in his autobiography:
“The Duke of Atholl consulted my father as to the improvements which he desired to make in his woodland scenery near Dunkeld. The Duke was desirous that a rocky crag, called Craigybarns, should be planted with trees, to relieve the grim barrenness of its appearance. But it was impossible for any man to climb the crag in order to set seeds or plants in the clefts of the rocks. A happy idea struck my father. Having observed in front of the castle a pair of small cannon used for firing salutes, it occurred to him to turn them to account. His object was to deposit the seeds of the various trees amongst the soil in the clefts of the crag. A tinsmith in the village was ordered to make a number of canisters with covers. The canisters were filled with all sorts of suitable tree seeds. A canon was loaded, and the canisters were fired up against the high face of the rock. They burst and scattered the seed in all directions. Some years after, when my father revisited the place, he was delighted to find that his scheme of planting by artillery had proved completely successful; for the trees were flourishing luxuriantly in all the recesses of the cliff.”

Visiting Blair Castle gardens is truly a step back in time and the deep traditions of Scotland. Gazing up in awe at the enormous redwoods and noble firs is a testament to those before us who were determined to save these resources for later generations. Mount Strange’s connection to a mother tree in a faraway land shows how small the world really is when nature is our guide. As we take a deep breath within the peaceful forest to fill our lungs with the sweet scent of life, we breathe a sigh of thanks. 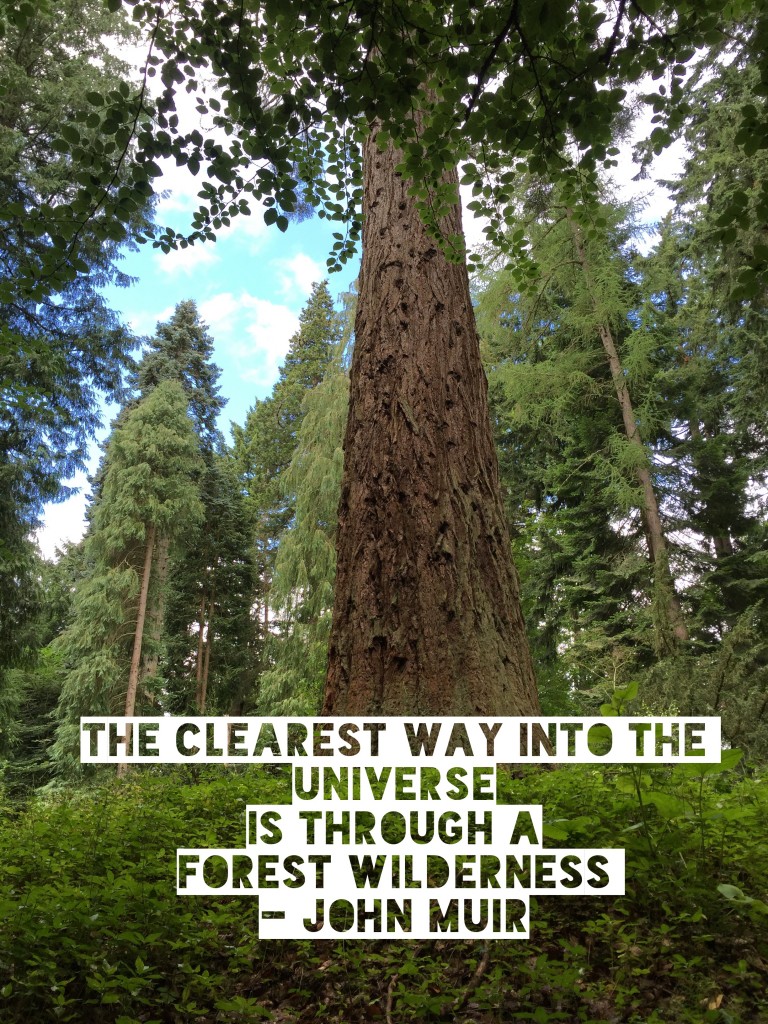