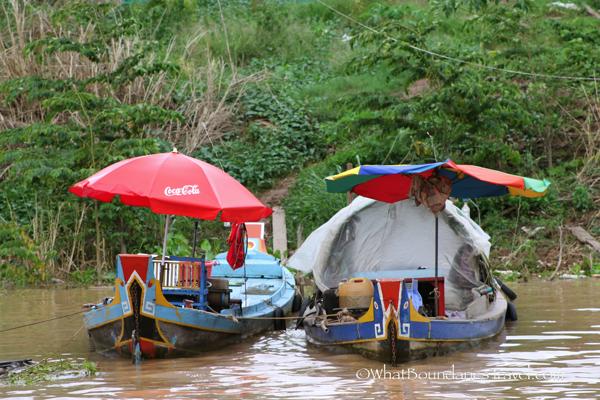 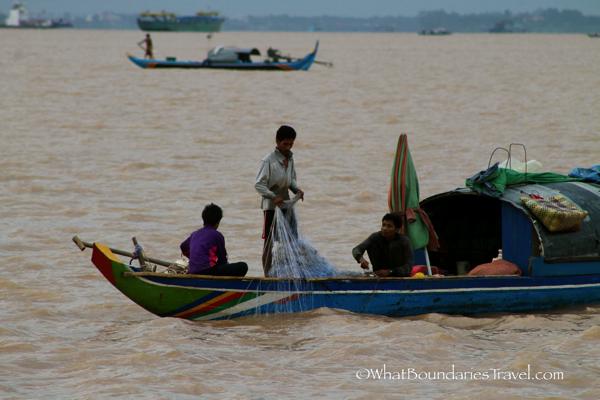 The Might Mekong is a river with many names. In China, it is known as the Lancang Jiang, meaning ‘turbulent river’. The Thai and the Lao refer to it as Mae Kong or Mae Nam Kong, meaning ‘mother water’. In the delta, where the river splits into multiple branches, the Vietnamese and Cambodians refer to it as Cuu Long, meaning ‘nine dragons’. 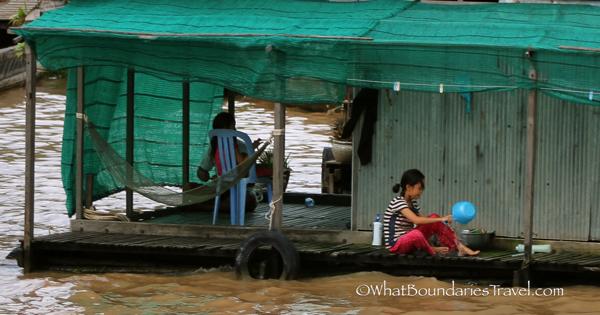 Washing Beside the River

Along the Mekong or ‘nine dragons’ in Cambodia, life is the river. Homes are perched alongside rushing waters and all household activities fall into the rhythm of those waters. Come along as we take a closer look at those who live and work along the Mekong River. As the world’s 12th largest river, stretching over 2,700 miles, the mighty Mekong runs through China, Myanmar, Laos, Thailand, Cambodia and Vietnam.

Approximately eighty percent of Cambodians’ protein intake comes from fish from the Mekong, and the Vietnamese, who cultivate the fertile agricultural lands of the Mekong River’s delta, rely on the water for about half of all its agriculture. Fish are the cheapest source of animal protein in the region and any decline in the fishery is likely to significantly impact nutrition, especially among the poor.

Fishing is a Big Part of the Daily Life

The Mekong basin is one of the richest areas of biodiversity in the world, second only to the Amazon. This includes 20,000 plant species, 430 mammals, 1,200 birds, 800 reptiles and amphibians and an estimated 850 fish species. It’s estimated that over 40 million rural people make their living fishing these waters. Most commercially valuable fish species in the Mekong are generally divided between ‘black fish’, which inhabit low oxygen, slow moving, shallow waters; and ‘white fish’, which inhabit well oxygenated, fast moving, deeper waters. 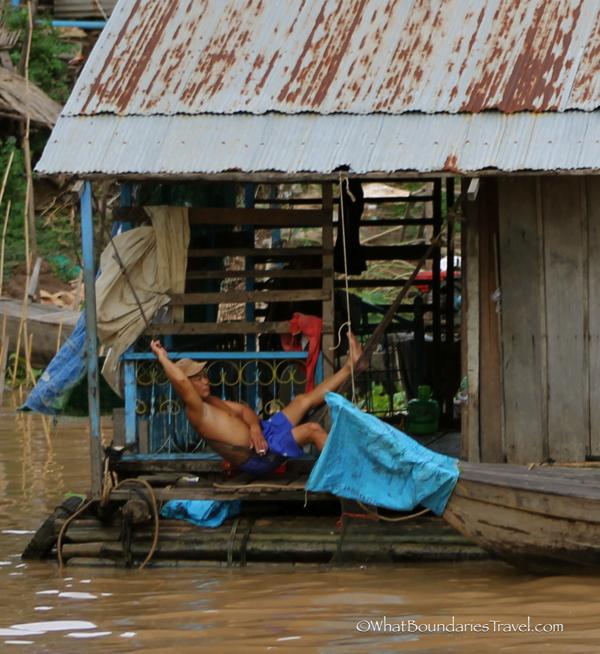 And an Occasional Rest!

Many of the waterside villages are only accessible by rivers and canals, rather than by road, making boats a valuable commodity in Cambodia. No other area in the world is home to such large species of fish. The biggest include the giant river carp, which can grow up to 1.5 meters and weigh 70 kilograms. The Mekong Freshwater Stingray, which can have a wingspan of up to 4.3 meters. Along with the Giant Pangasius, Siamese Giant Carp and the Mekong Giant Catfish, all three of which can grow up to about 12 feet in length and weigh 300 kilograms!