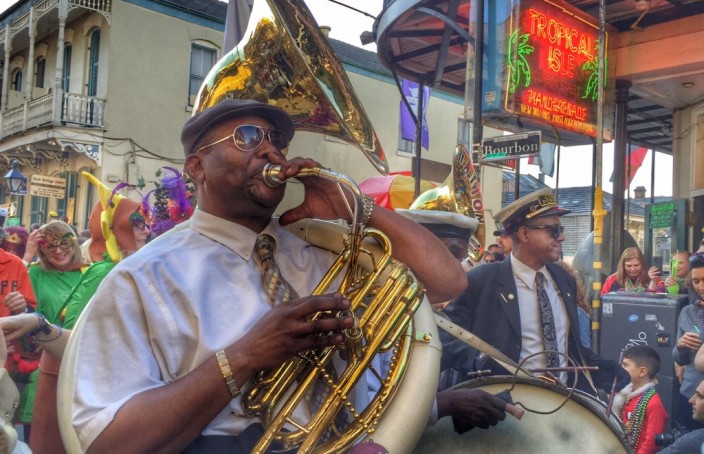 This truly is a fun event to be a part of, where you'll find amazing people and some of the…

Mardi Gras or Fat Tuesday is the celebration beginning after the Christian feasts of the Epiphany and continuing until the final bar on Bourbon Street closes at the stroke of midnight the night before Ash Wednesday. 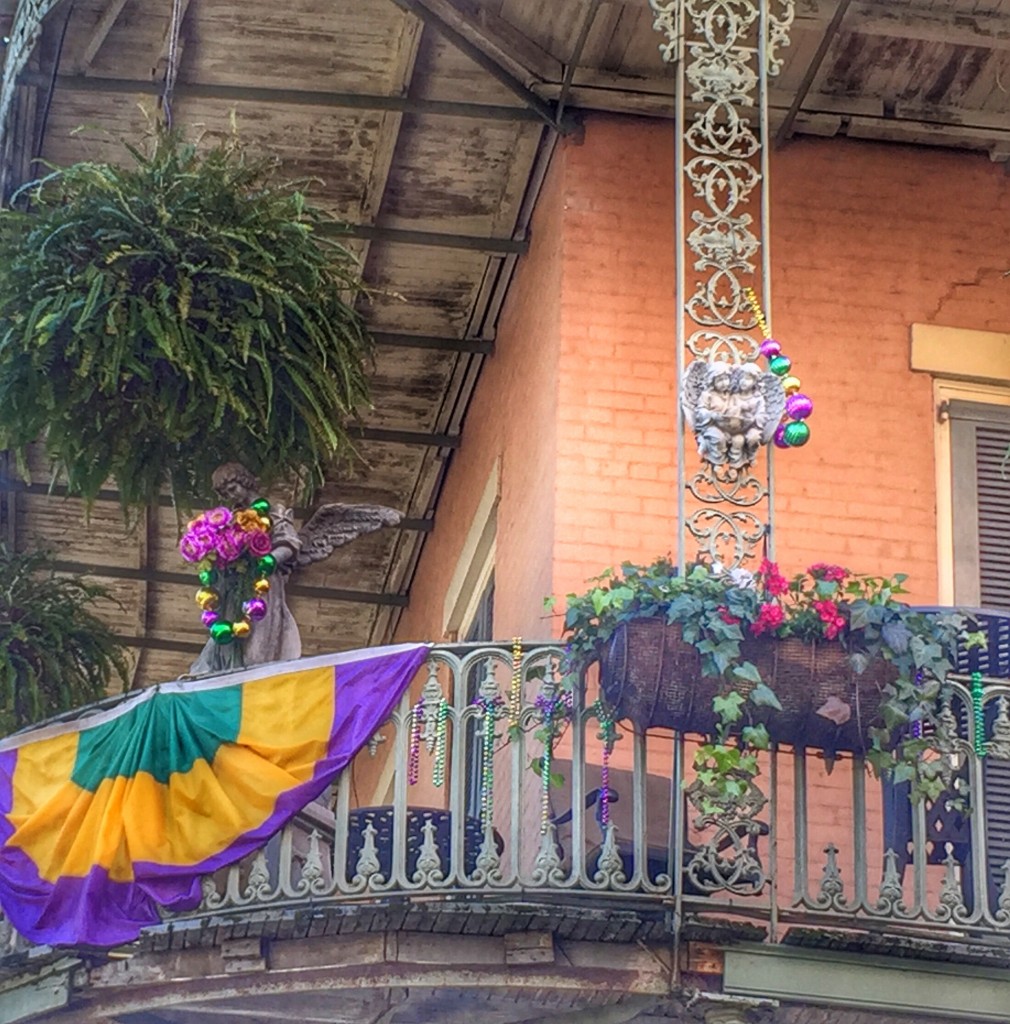 Because Ash Wednesday is the start of of Lent, where fasting and abstinence are revered, the Mardi Gras celebrations are centered around decadence, fun, and feasting in order to prepare for the more austere mood and life yet to come. 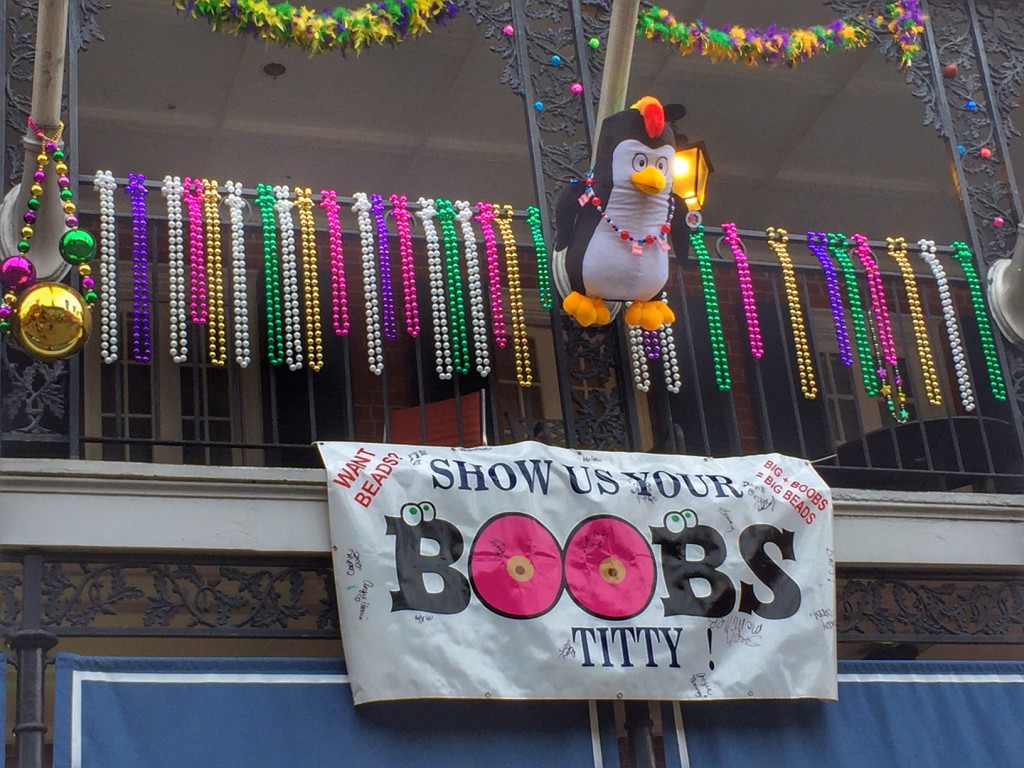 It’s believed the origins of these bacchanal celebrations began in Rome, then migrated through Europe leaving Carnivale in Venice, Fashing in Germany and culminating with the aptly named French Mardi Gras from the House of Bourbons. Bals masqués, or masked balls, became the pinnacle of Twelfth Night revelry in Renaissance Italy and thus spread to France and England. Early New Orleans Creoles called them les bals des rois, for the kings who presided over the masked merrymaking. A mock king for the night was chosen by chance: whoever found a coin or a bean in a piece of special “king cake” (named for the three kings and the king of Twelfth Night), was crowned monarch of Twelfth Night.

When King Louis XIV sent the LeMoyne brothers – Pierre Le Moyne d’Iberville and Jean-Baptiste Le Moyne de Bienville – to solidify France’s claim on her New World territories, one of their first landings was on the Mississippi river about 60 miles south of present day New Orleans. Making camp on March 3, 1699, on the eve of Lent, Iberville named the spot Pont du Mardi Gras in honor of the holiday.

In 1703, the new colonists participated in what is considered the very first Mardi Gras celebration on American soil near present-day Mobile, Alabama. The first Krewe, or Mystic Society, was also established there in 1711. As the French colonists moved to what we now know of as the French Quarter of New Orleans, so did their traditions of celebration. The first full-blown Mardi Gras parade was held in 1837. The Europeans brought their carnival customs, and Creole society was soon masking and dancing at private balls while revelers in disguise roamed the streets.

It was by sheer chance that Alexis Romanov, Grand Duke of Russia, landed in New Orleans during Mardi Gras. The year was 1872 and he was in single-minded pursuit of his latest amour, actress Lydia Thompson. To celebrate his visit, a group of 40 businessmen funded a daytime parade and called it “Rex,” Latin for “king.” The first arrival of Rex was a surprise to most citizens. They learned of it on Lundi Gras (the day before Mardi Gras) through an announcement in the local newspapers ordering that normal business be shut down and the city handed over to “Rex, King of Carnival.”

In the duke’s honor, the newly formed Rex organization adopted the Romanov family colors of purple, green and gold (which represent justice, fidelity, and power, respectively). They commissioned a band to play the Duke’s favorite love song, “If Ever I Cease to Love,” from the play Bluebeard. 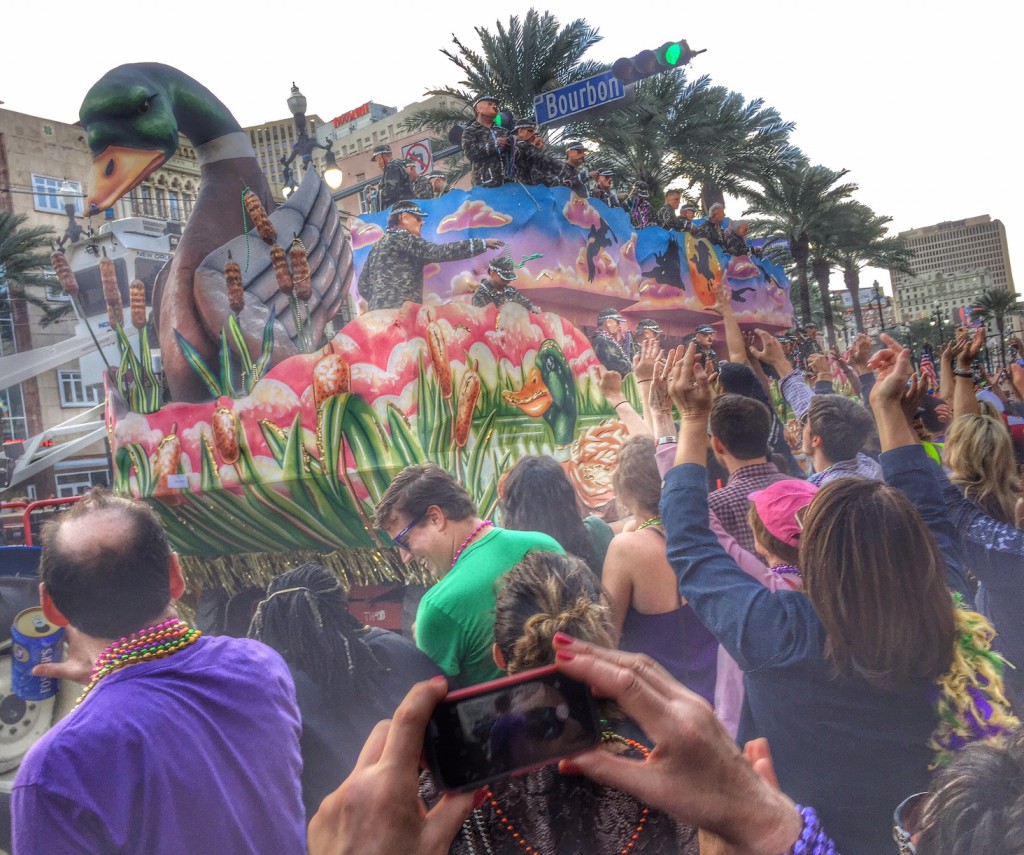 After Alexis left, the colors stuck, the gala day parade continued and a masked ball was added the next year in 1873. The song became the Mardi Gras anthem and theme of Rex, who mounted a permanent throne as King of Carnival and Monarch of Merriment with the motto Pro bono publico, “For the common good.” Amazingly, Rex’s first arrival via riverboat, at the foot of Canal Street is still repeated every Lundi Gras. The mayor turns the city and its keys over to him in a public ceremony. That’s how Mardi Gras became a legal holiday in New Orleans. Today there are more than 70 Krewes and parades participating in the fun and celebration that is uniquely Mardi Gras in New Orleans! 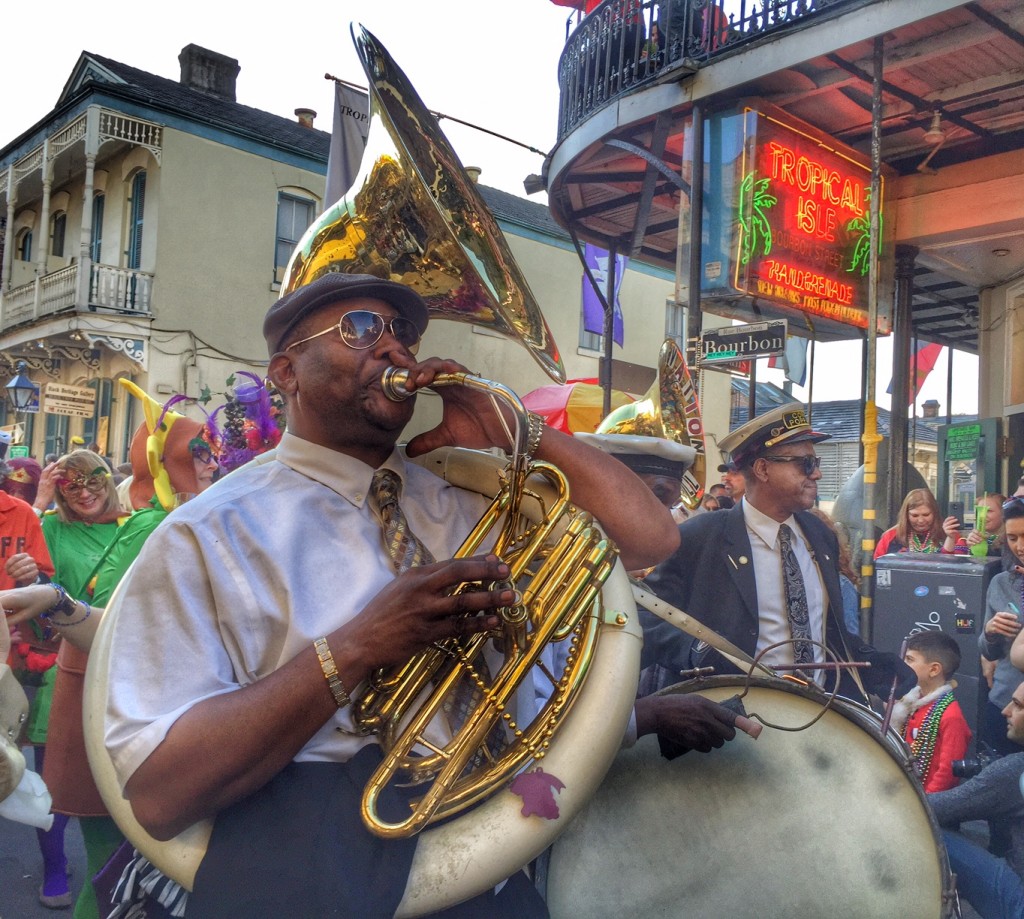 Have you visited New Orleans during Mardi Gras season? What are your favorite memories?

Planning Your Trip to New Orleans

With the New Orleans Pass you get free entry into over 25 top tourist attractions including a variety of walking and boat tours, Mardi Gras World, and even a cooking demonstration so you can recreate the great food you tasted on your visit.

We partner with Booking.com to help you find the best deals on hotels!  We may get a small commission on your reservation, but at no additional costs to you!


We are a participant in the Amazon Services LLC Associates Program, an affiliate advertising program designed to provide a means for us to earn fees by linking to Amazon.com and affiliated sites.