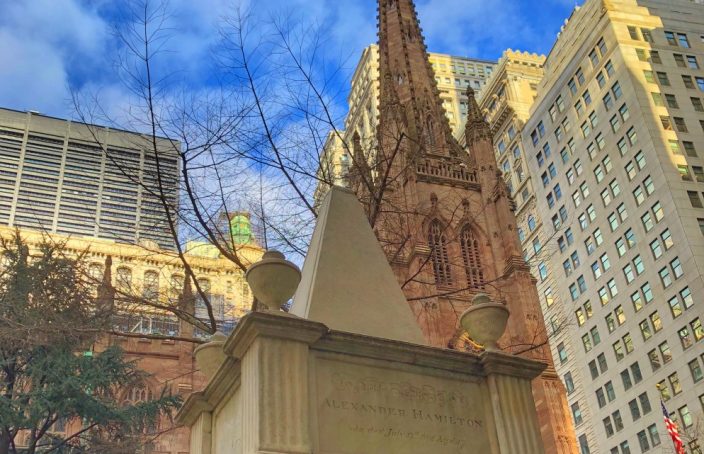 This is really Happy Hour. I wanna go out for travel now :( :(

Everyone knows the Broadway show Hamilton is one of the hottest tickets in town, but another ticket not to miss when visiting New York is the Hamilton Happy Hour Tour from Urban Adventures! Alexander Hamilton comes alive when you walk in his footsteps as he made his own distinct impression on America. You’ll be singing the score in your head while learning how the contributions of this young immigrant made our Wall Street, the Stock Exchange, and our current financial systems possible. 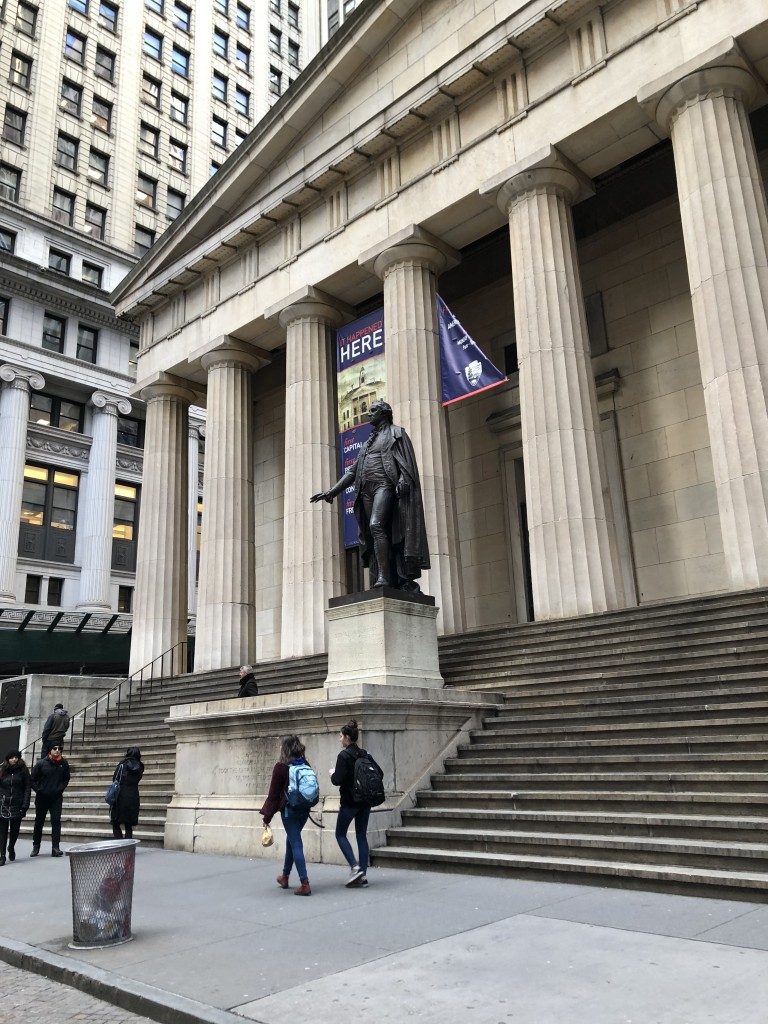 The tour begins at the end…where you’ll visit the final resting place of Alexander Hamilton at the historic Trinity Church on Broadway in NYC. After paying your respects to this charismatic founding father who died before his 50th birthday, this two-hour stroll takes you though the famed New York financial district. 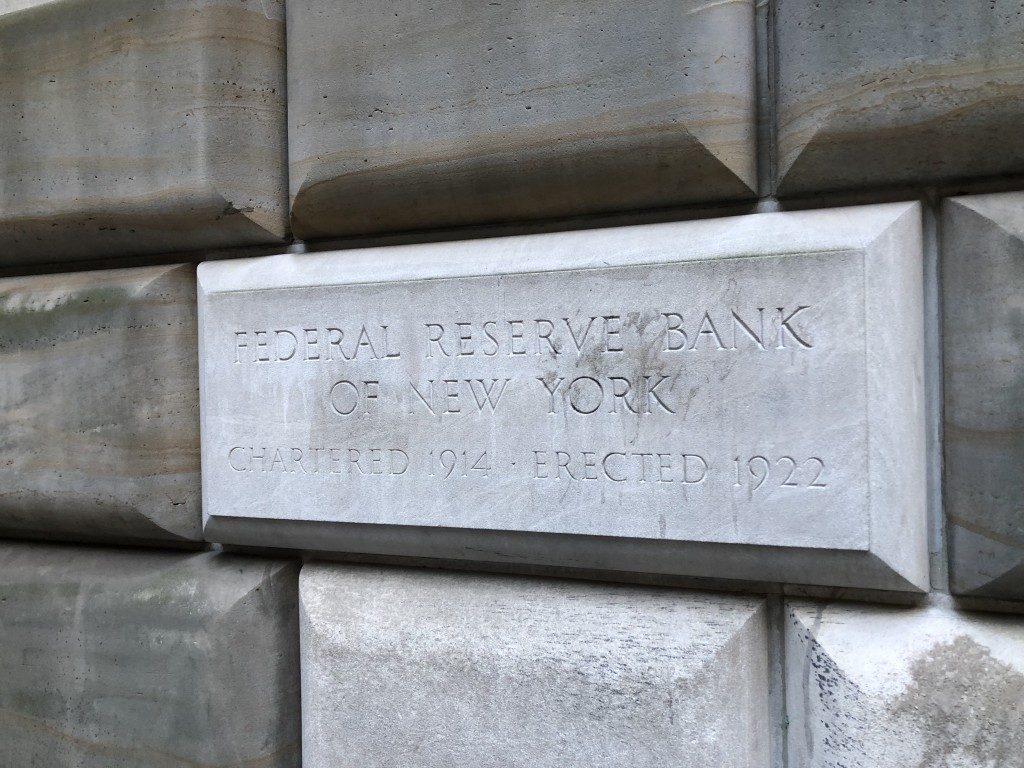 You’ll walk by Zuccotti Park and uncover how more recent revolutionary movements like Occupy Wall Street trace their roots to Hamilton’s ambitious plans for American prosperity. You’ll pass Stone Street where the old world charm of this historic district shines through, then onward to see where the first New Amsterdam settlements began. 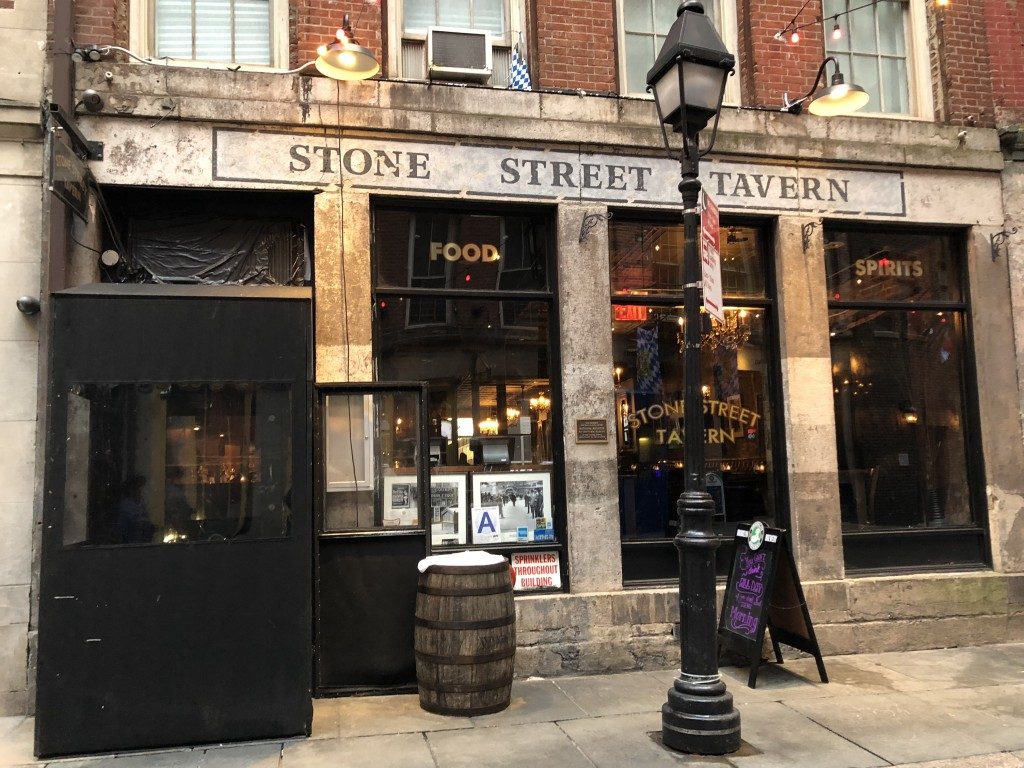 A stop at the Federal Hall National Memorial – where George Washington was inaugurated as the first president of the United States and Hamilton served in his cabinet – is a chance to see the place where so much of our early country’s history was written. You’ll learn of the Buttonwood Agreement on 1792 that effectively began the New York Stock Exchange. 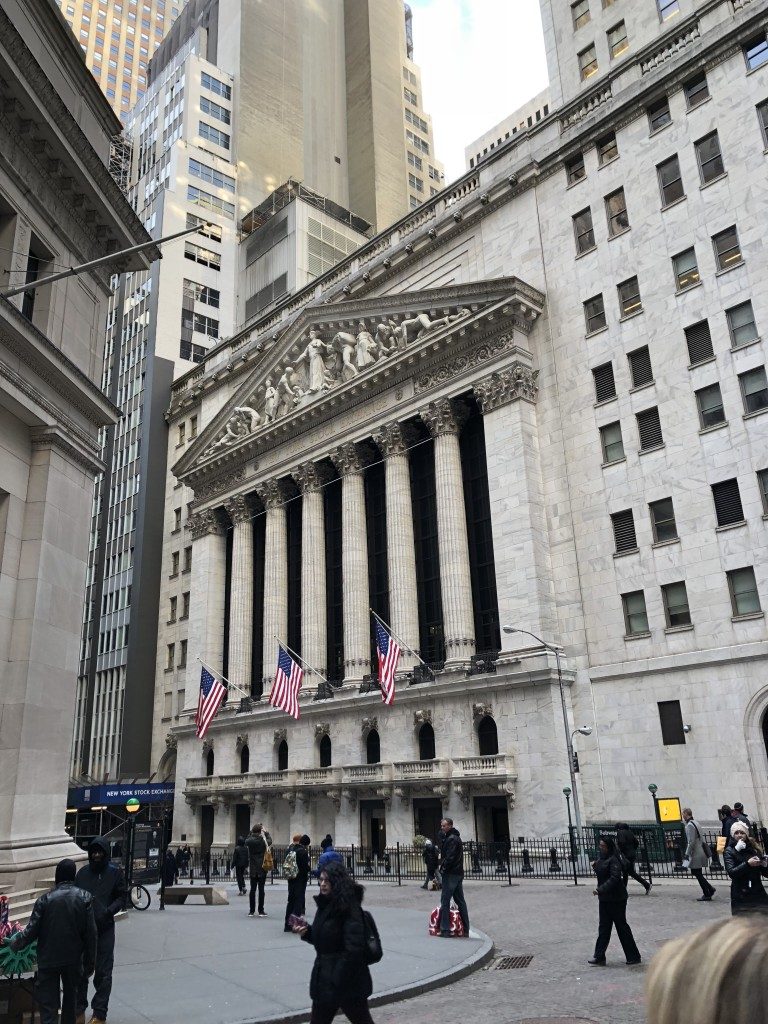 We pick back up with our illustrious Alexander Hamilton as we conclude the tour with a drink at Fraunces Tavern. As you walk through the doors of the proclaimed oldest building in New York, you’ll step back to the time George Washington said goodbye to his troops on this spot on December 4, 1783. But the real reason our tour ends here? Fraunces Tavern was the last place Hamilton and Aaron Burr ate together before their famous duel. Of course you’ll look for the dueling pistols there, but those are safely located in the JP Morgan Chase headquarters on 277 Park Avenue. 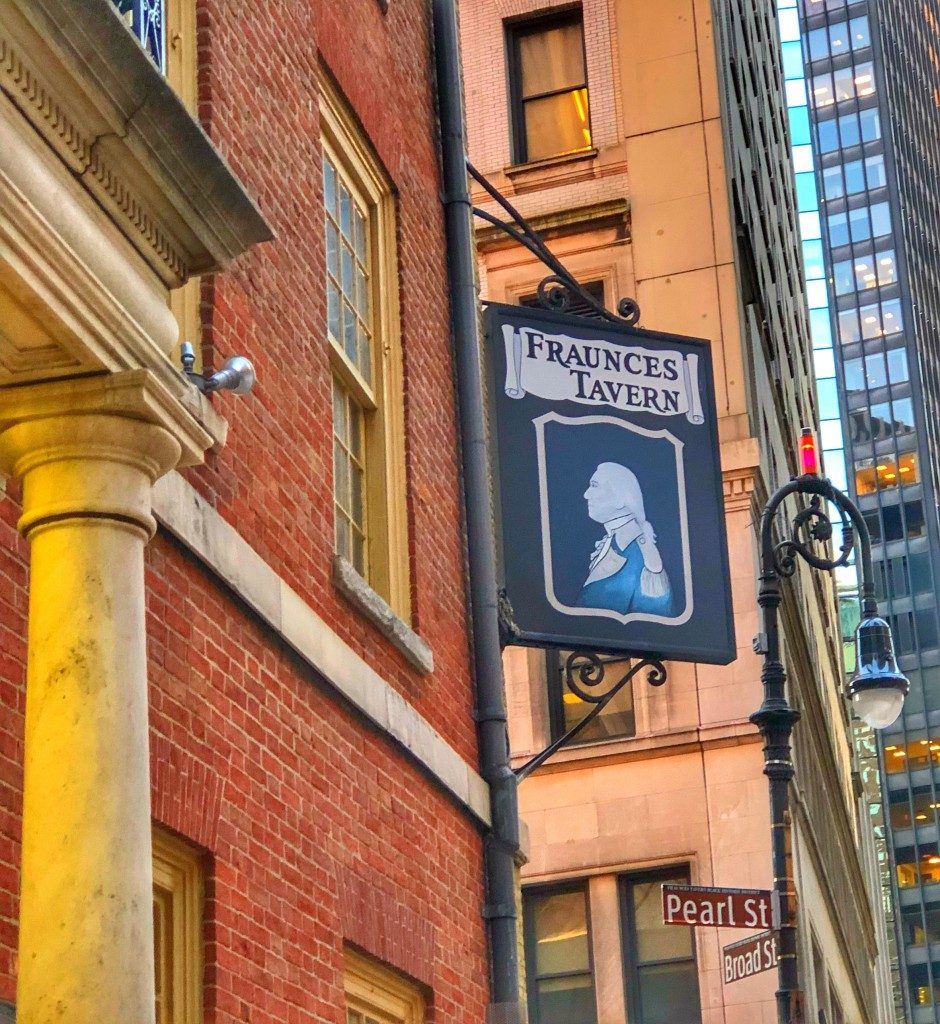 Surrounded by the ghosts of patriots and traitors, your Hamilton Happy Hour group enjoys a welcome thirst quencher while being told more of the stories of that tumultuous time when Alexander Hamilton lived and had drinks here with George Washington. The time flies by as you wander the Financial District with your guide and a more complete image of the energetic Alexander Hamilton etched forever in your memory. 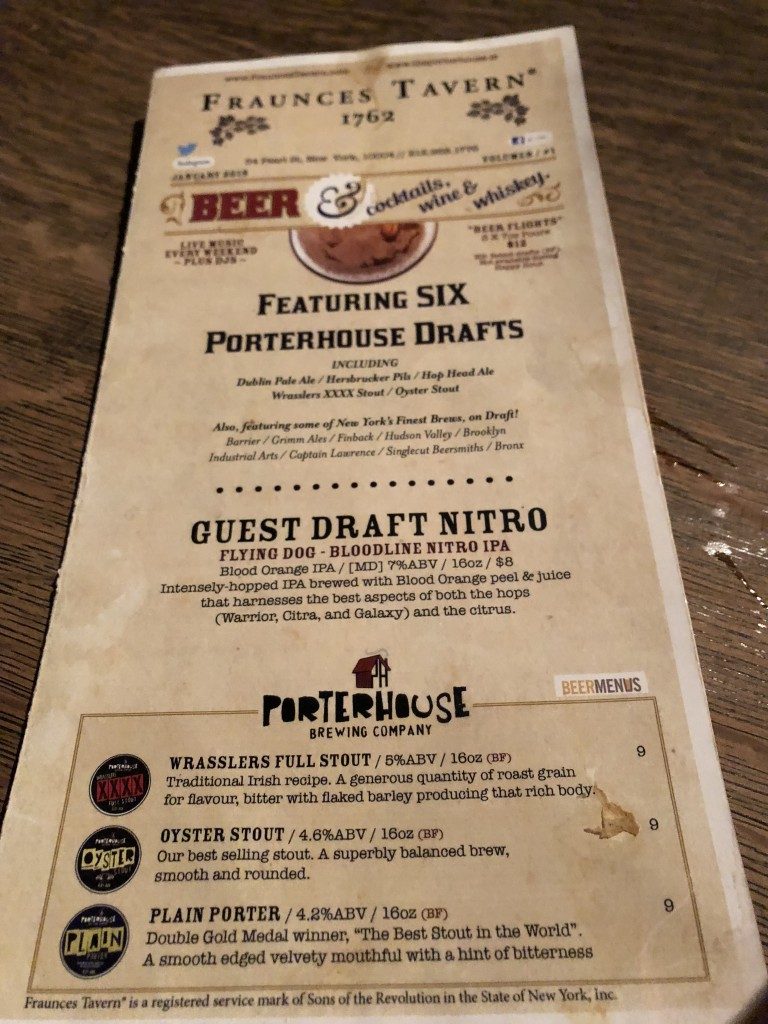 We were given this tour in return for an honest evaluation and we couldn’t find a thing that could be improved upon. The timing was perfect, our guide Josh was  extremely knowledgeable about Hamilton and the history of a city which he obviously loves, and the tour ends up at one of the most famous taverns in the world. How could you go wrong? Whether you’re going to see Hamilton during your NYC stay, you’ve already enjoyed the show, or you’re desperately hoping to win the ticket lottery to score a seat – the Hamilton Happy Tour is a must-see when you’re visiting New York!

Other Urban Adventures we’ve enjoyed include the High Line and Chelsea Market tours as well.