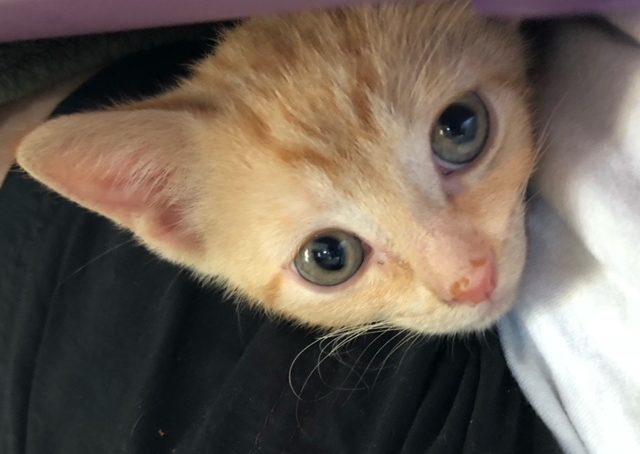 They are SO cute, I think Honey is my favourite based on her personality (my cat is much the same!)…

I promised not to overload everyone with kitten photos on Facebook, but if you’re interested in what’s going on with the 3 foster kittens we’ve just added to our household, here’s a safe place to come!

Today has been a really good day in our Foster Follies adventure! After a bit of a rocky start, our new 5-week foster kittens are finally eating well and gaining a little weight. YAY!! 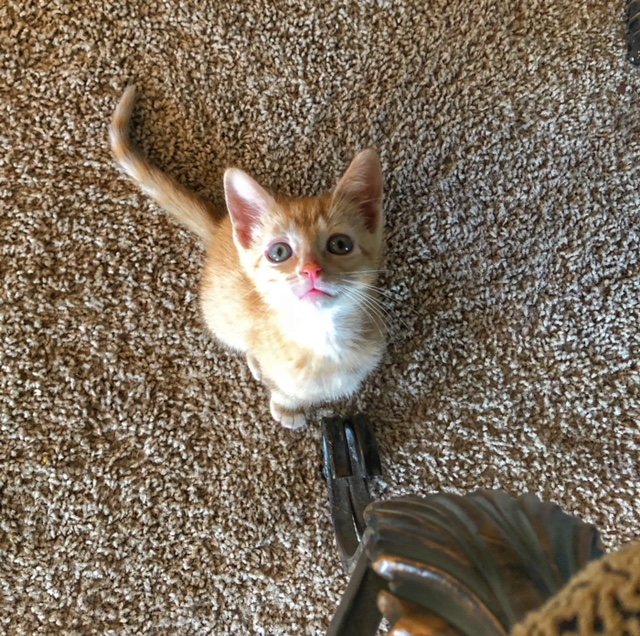 You have 2 seconds before I climb up your leg!! I don’t care that you have shorts on!

It hasn’t been easy. We’ve learned how to QUICKLY weigh and squirt a syringeful of liquid antibiotics toward the mouth of a wiggling furball with needle-sharp claws and teeth. They are so very small and fragile that every sneeze, runny nose or bout of diarrhea can be a big cause for worry.

TMI alert! – I’ve never been so excited to see a solid poop in the litterbox as I was this morning. Kitten diarrhea is NOT fun! Boy, have my priorities changed in only 4 days of fostering! 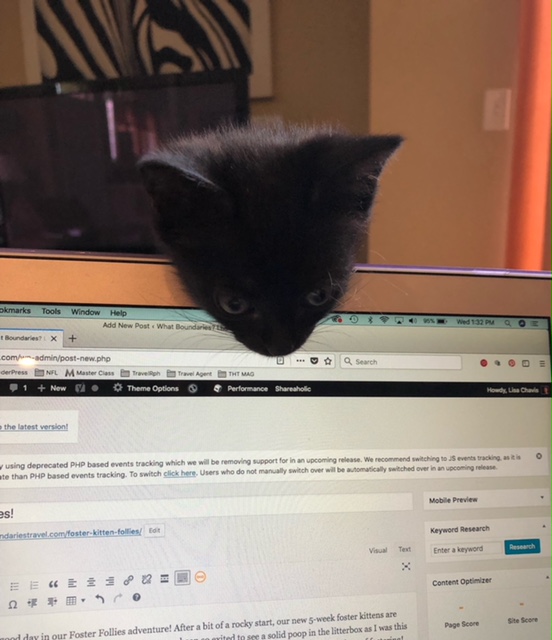 I think you misspelled Molasses…

The set of three we have are Honey and Molasses (brother and sister from a litter of 5) and Stillwater (who was found alone in the woods at 3 weeks of age). The entire litter of 5 – that Honey and Molasses belongs to – was on the morning euthansia list at the shelter and the kind folks at St. Francis Society Animal Rescue swooped in, like they do so often, and saved them. These people are amazing! Unfortunately, kittens that aren’t able to eat on their own (bottle babies) are the first on the list because there isn’t the staff to feed them around the clock. 🙁

This group does such wonderful work and it’s all run by volunteers who truly love animals. There are several different stages of kitten fostering anyone can volunteer for…

1. Bottle-babies: these require someone being able to feed and care for the tiniest little ones around the clock. Since we’re both working lots of hours, that wasn’t for us – but those volunteers are really something special!

2. Stage 2: Once they’re weaned, the goal is to now get them up to 2 pounds in weight so they can be spayed/neutered and then adopted out to their forever homes. This is the stage we have. Ours were between 1.7 and 1.3 pounds when picked up on Saturday, but up until today have been losing weight instead of gaining. It’s been a battle finding foods they’ll eat and getting control of the diarrhea and kitten colds they came with – but today is a good day! Very few sneezes and weights have gone up!!

They have such distinct personalities. 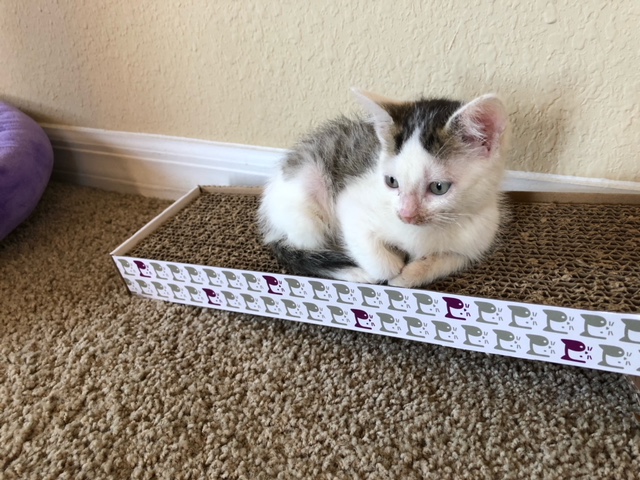 I may be the smallest, but I’m the toughest!

Stillwater is a spunky, loveable and gorgeous little fellow who’s been fighting an awful kitty cold, so his nose is all red and raw. You can tell he learned to take care of himself when he was found alone at 3 weeks old! He’ll tackle his “big” brother Honey without a second thought, then come climb into your lap for protection when the others fight back. 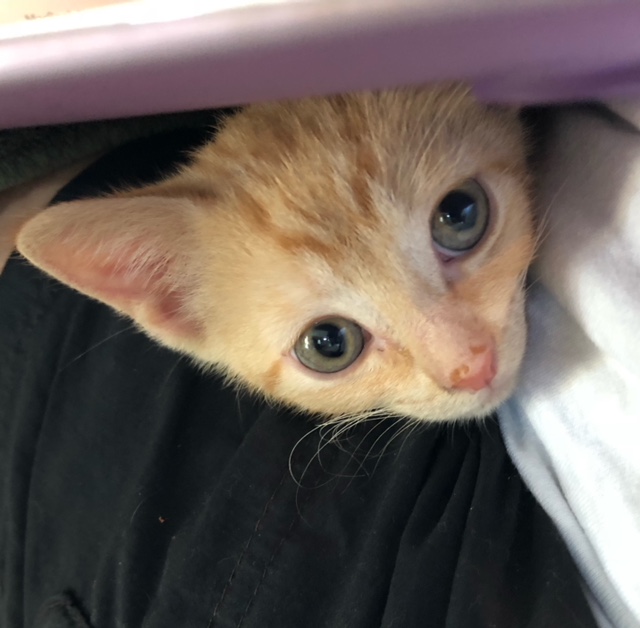 Honey can’t start the day without you picking him up and letting him touch your face with his paws, purring so loudly you wonder how in the world so much noise can come from such a little orange body. He’s such a lover you can’t get far away for more than a minute or two without giving him a touch. 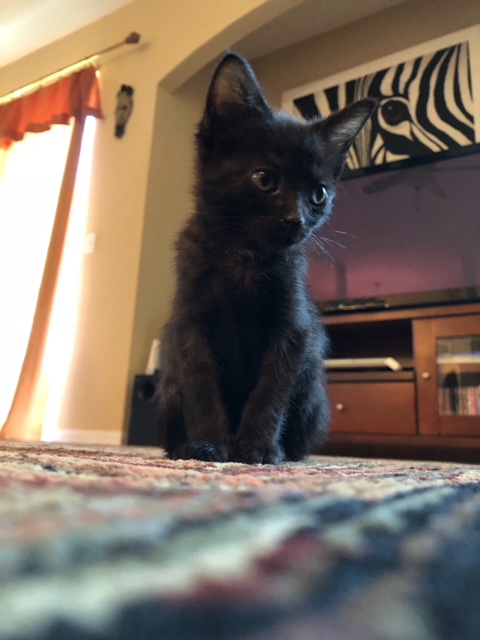 Molasses is a little diva who prefers to watch the boys play rough from a distance, until she sees an opportunity and pounces like the fierce little girl she is! Her preferred spot is sitting quietly in the kitchen or playing with sunshine shadows when the morning sun comes through the curtains. She’s a thinker, but she’ll sure let you know when it’s time for her dinner.

How Can You Give Them Back?

The big question everyone asks is “how can you give them up?” and I’m sure there is more than one bet being taken that we keep one or more. 😉 But we’re not planning on stopping traveling anytime soon! Since we’re here for at least a few more months during our “usual” time back home, I thought we could help out as a halfway house. Before I started following some of the animal rescue groups on Facebook, like St. Francis Society Animal Rescue, I really had no idea how many of these little guys really needed our help.

After much soul searching and talking about whether or not this was a good idea given our busy schedules, I woke up on Saturday morning with a huge mix of excitement and apprehension to be picking up 3 small foster kittens to look after until they’re ready to be adopted. The night before we’d gone to PetSmart to pick up a cat carrier, a gate, litter box and assorted accessories we thought might be necessary for 3 kittens. We haven’t had a pet in over 10 years since we started traveling. I didn’t expect them to be so small. Or sick with colds and diarrhea. Or so incredibly sweet. So cuddly! Their purrs will make you melt…but they’re also a whole lot of work! And pains in the neck! (Ask Cheryl how many scratches she’s gotten on her hands already). Yes, of course we’ll miss them terribly when they’re adopted, but there are ALWAYS so many more waiting their turn to have a chance.

Follow along with us here on our Foster Kitten Follies journey to get these little guys (and girl) great new homes and find people who will give them the love they deserve forever! Don’t you want one (or two) for your very own? 😉 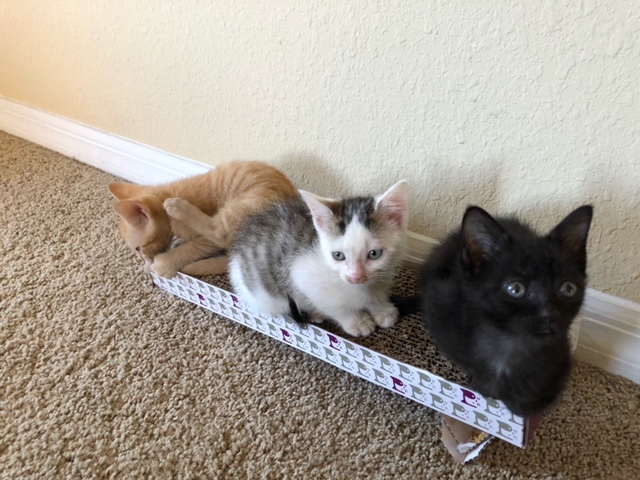 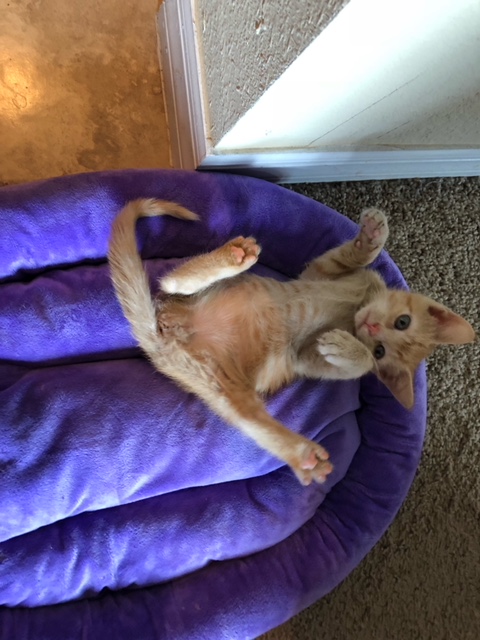 The fantasy of fostering kittens vs…. 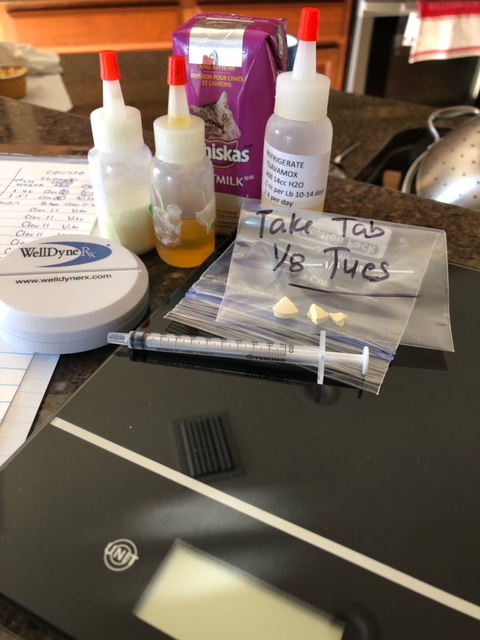 The reality of fostering kittens… 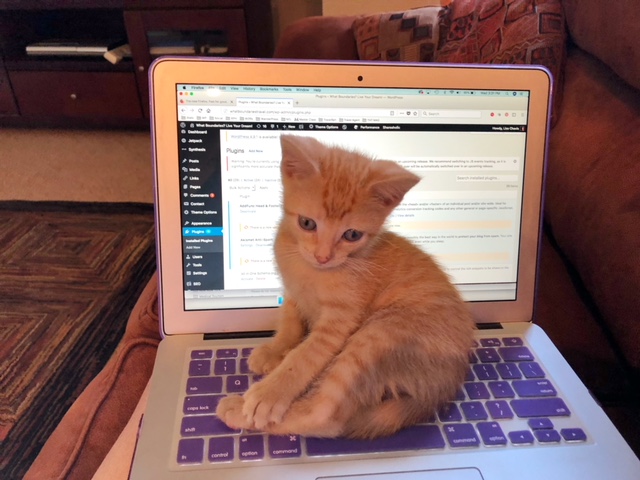 I helps on the computer! 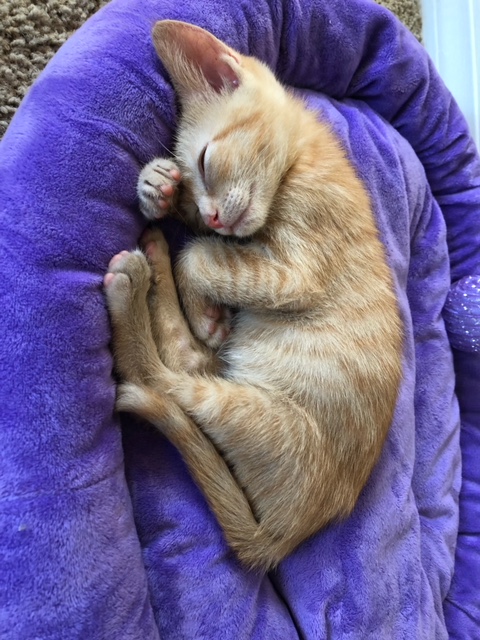 Time for bed! Tomorrow is another FUN day!!