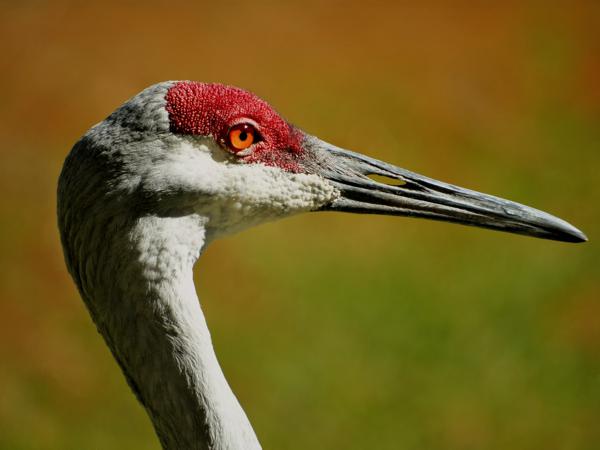 Amazing crane shots Lisa! The top image is stunning. Thanks for sharing :)

You know them by their brilliant red crests and raucous cries when startled – The Florida Sandhill Crane! In the state of Florida, the Sandhill species is listed as Threatened by the Fish and Wildlife Conservation Commission. Threatened is defined as “any fish or wildlife species that is likely to become an endangered species within the foreseeable future throughout a significant portion of its range without cooperative management or removal of threats.” Unfortunately, our widespread development and encroachment over their territories is forcing the numbers to decline. 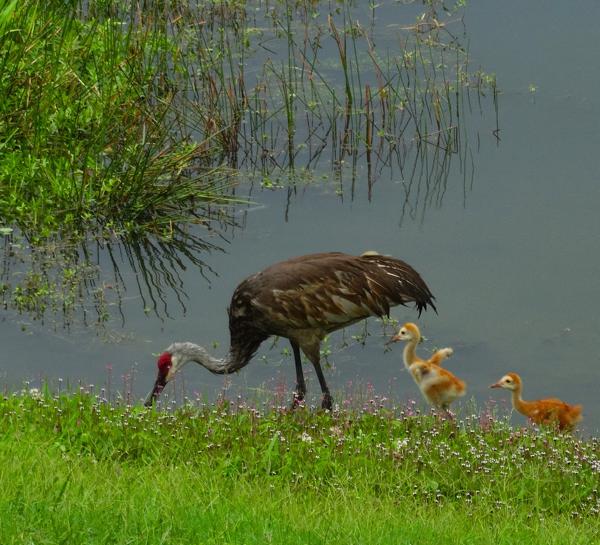 Sandhill Crane nests are built by both mates with grass, moss, and sticks.  Females lay two eggs that incubate for 32 days.  Both male and female participate in incubating the eggs.  The offspring will begin traveling from the nest with their parents just 24-hours after hatching. 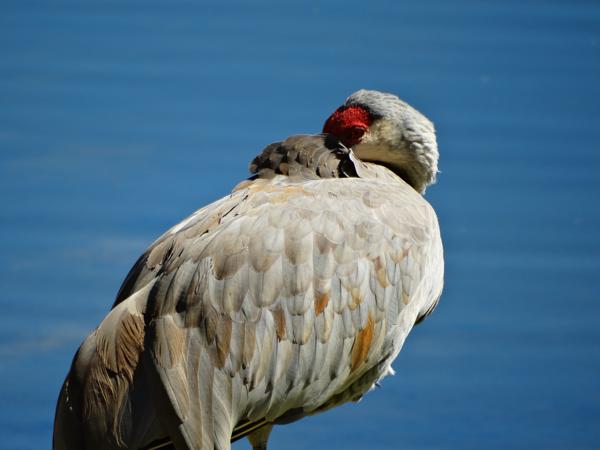 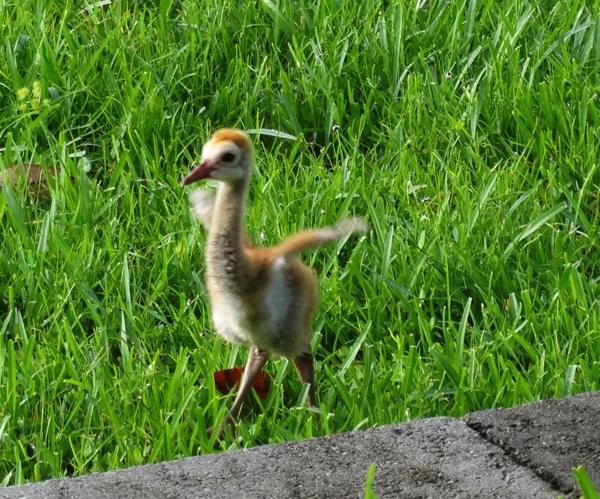 Florida sandhill cranes are a non-migratory species that nests in freshwater ponds and marshes.  This species is monogamous (breeds with one mate).  Courtship consists of dancing, which features jumping, running, and wing flapping. Very amusing to watch and the little ones start practicing early! 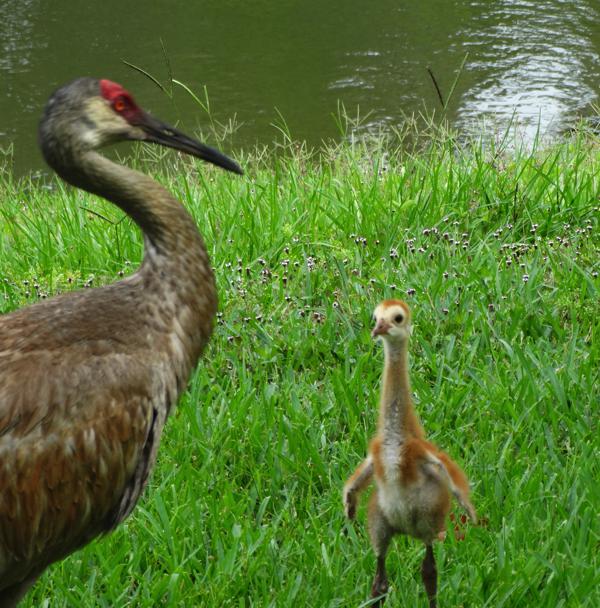 Adult Sandhill Cranes are slate gray birds, often with a rusty wash on the upper part of the body. Full-grown birds have a pale cheek and red skin on the crown. Their legs are black. Juveniles are gray and rusty brown, without the pale cheek or red crown. The babies are a fuzzy yellow. 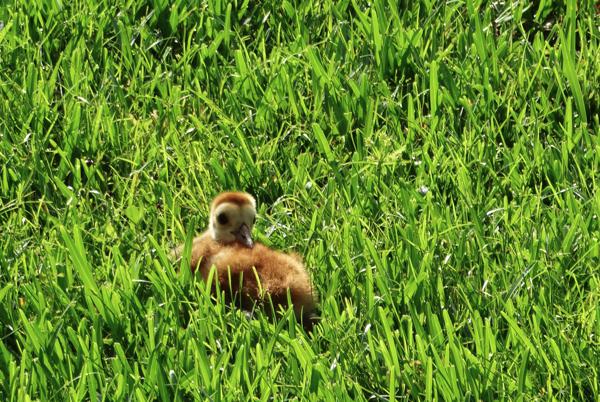 During mating, pairs vocalize in a behavior known as “unison calling.” They throw their heads back and unleash a passionate duet—an extended litany of coordinated song. 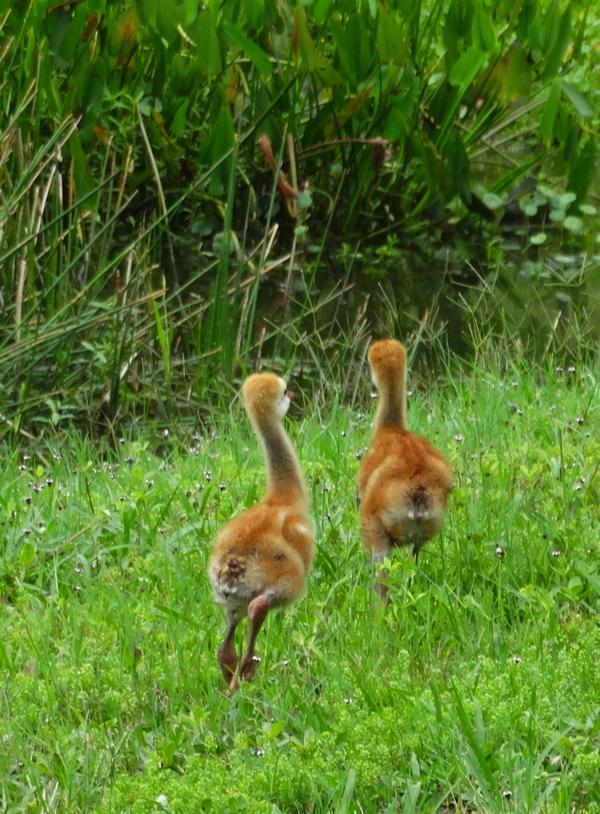 The range of the Florida Sandhill Crane diminished in the southeastern United States during the 20th century, with breeding populations completely disappearing from coastal Texas, Alabama, and southern Louisiana due to degradation, habitat loss, and over-hunting. It’s up to us to protect these beautiful birds that are so much a part of the Florida landscape!