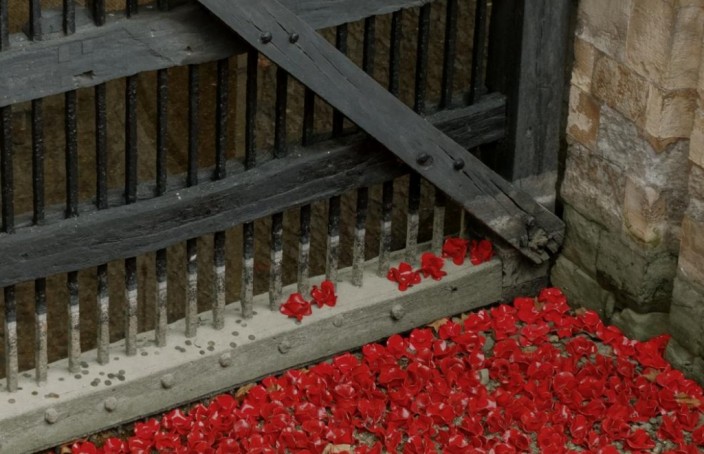 beautiful pictures of such an amazing tribute

In Flanders fields the poppies blow

Between the crosses, row on row,

That mark our place: and in the sky

Scarce heard amid the guns below.

These immortal words of remembrance were written on May 3, 1915 from the back of an ambulance near the Essex Farm cemetery where John McCrae’s friend Alexis Helmer was buried. Wild poppies grew from the surrounding ditches and it took McCrae only 20 minutes to pen the famous poem. A mail delivery soldier, by the name of Cyril Allinson, was also in the ambulance with McCrae. Allinson said,  “His face was very tired but calm as he wrote. He looked around him from time to time, his eyes straying to Helmer’s grave.”

When the words were written, McCrae passed the note to Allinson without a word. “The poem was exactly an exact description of the scene in front of us both. He used the word blow in that line because the poppies actually were being blown that morning by a gentle east wind. It never occurred to me at the time that it would ever be published. It seemed to me just an exact description of the scene.”

Today in London we remember the 888, 246 British soldiers who were killed in the first World War just 100 years ago. The tribute is in the form of a single hand-made ceramic poppy placed around the historic Tower of London. A single poppy for each soldier who made the ultimate sacrifice for his country.

The last poppy will be placed on November 11th by the Queen herself in an event that will leave few dry-eyed. This project called Blood Swept Lands and Seas of Red has turned the Tower of London moat into a haunting display of beauty and gratitude. Over 4 million people have visited so far, and many more thousands are expected before Remembrance Day on November 11th. 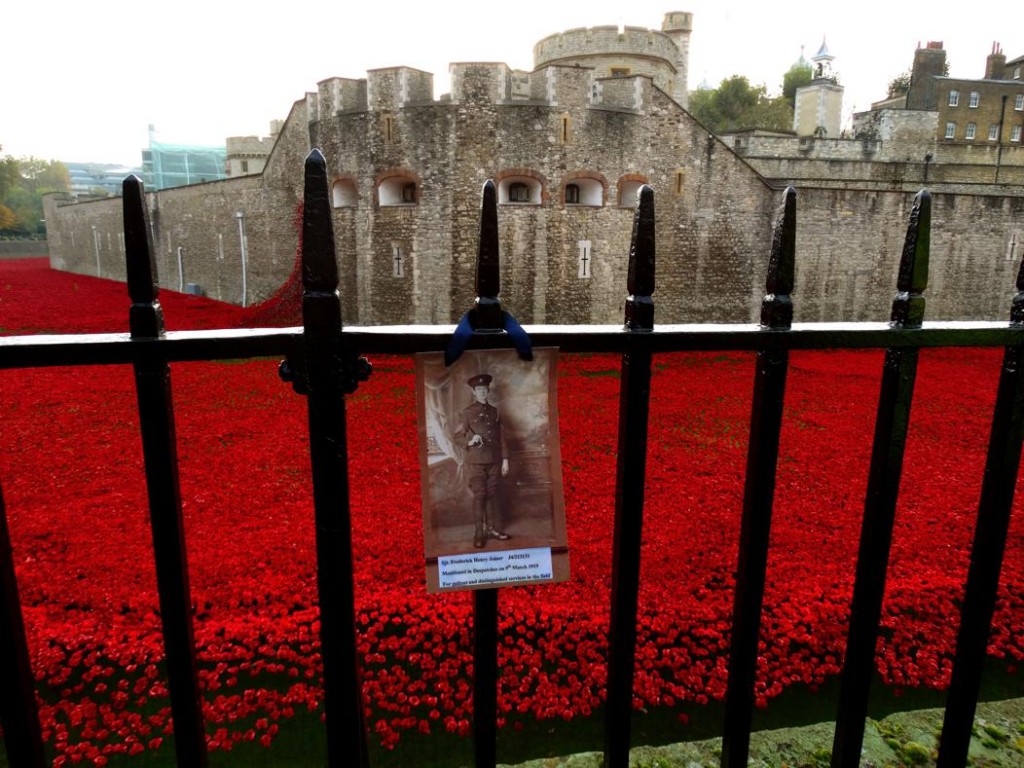 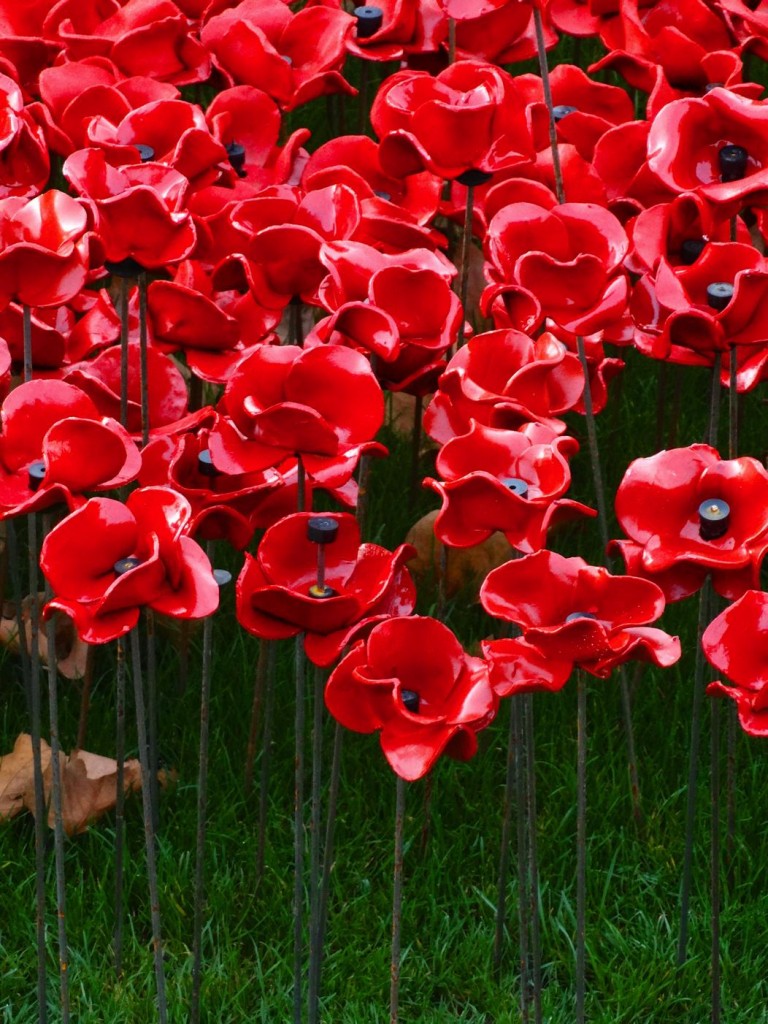 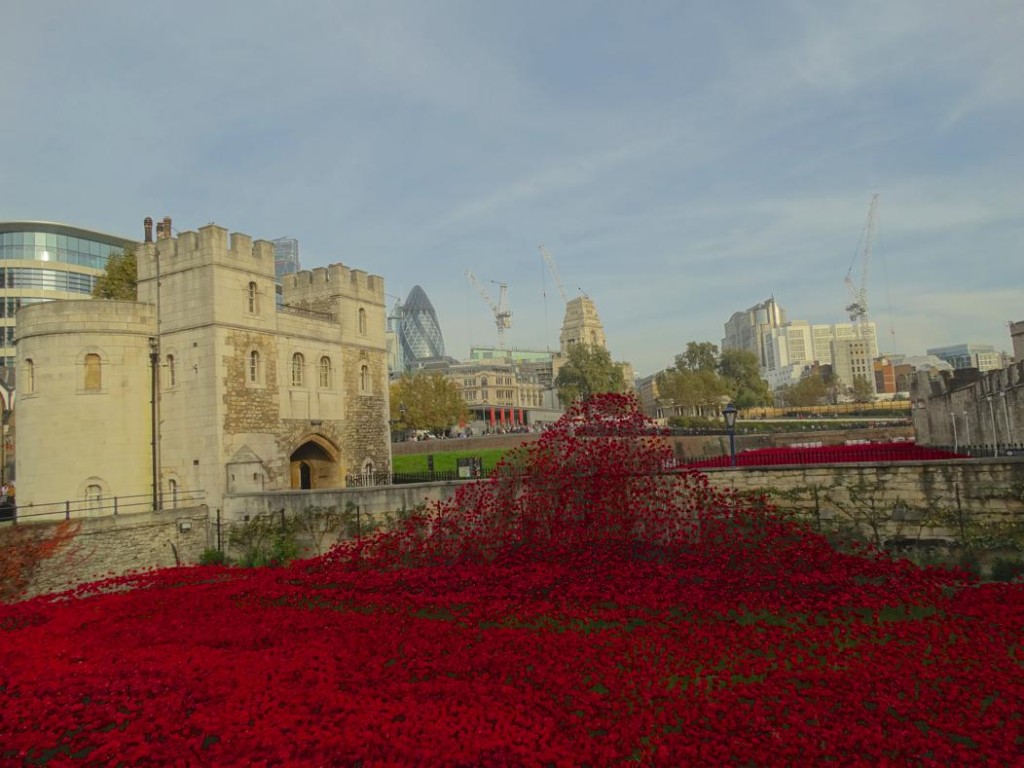 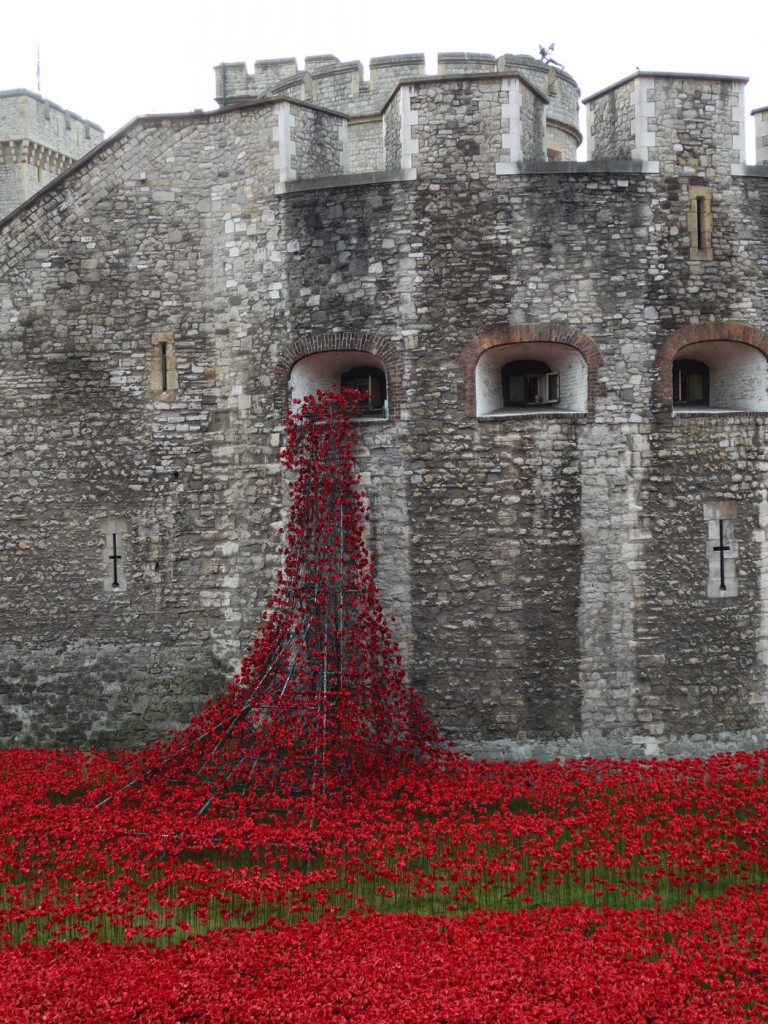 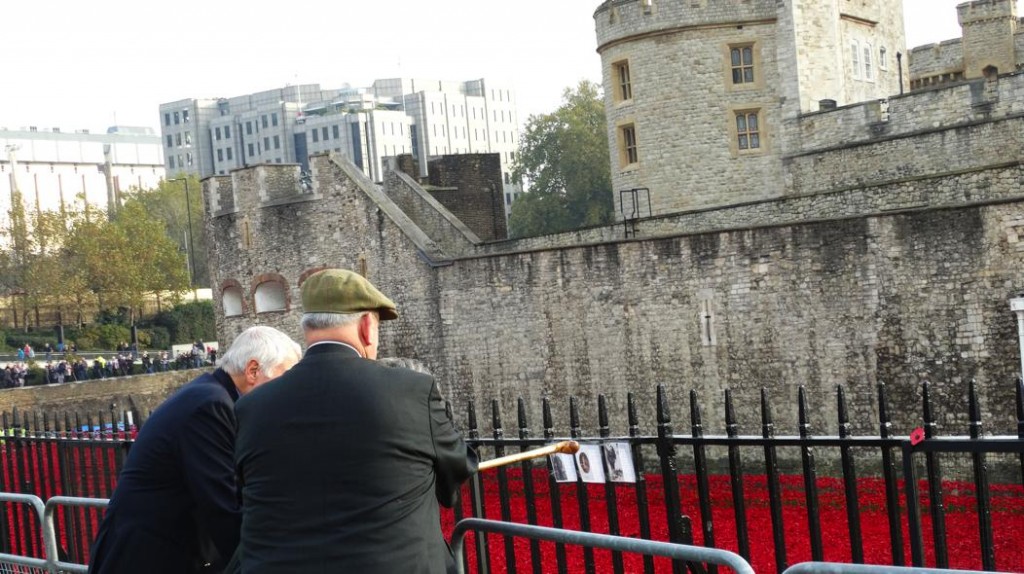 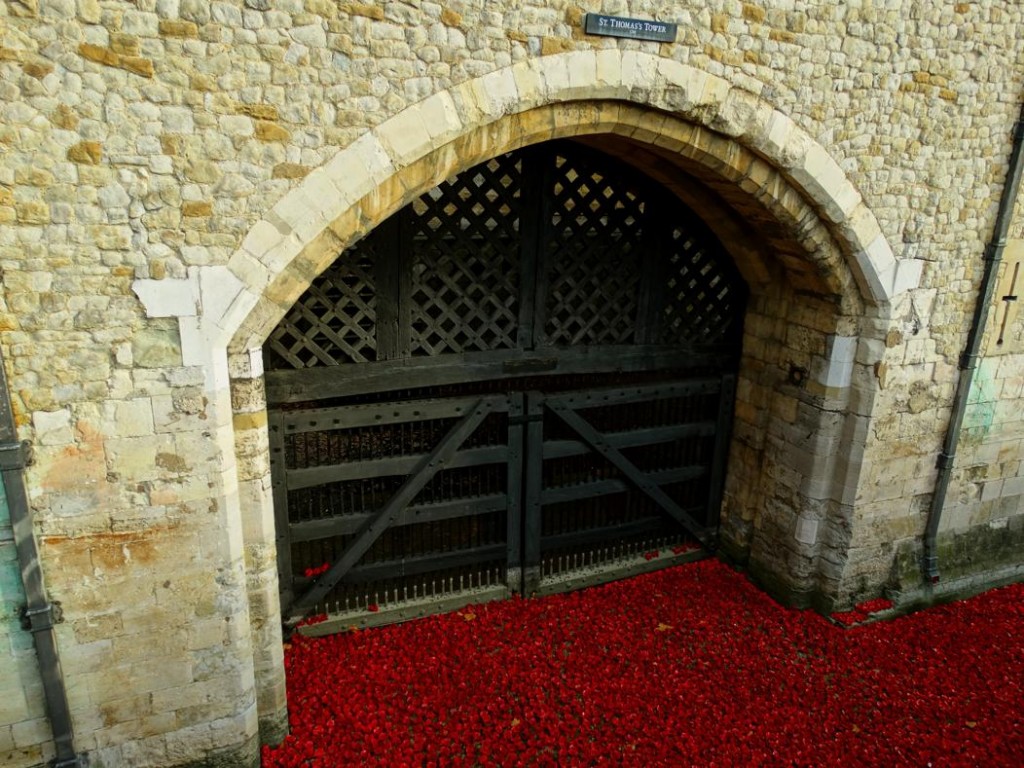 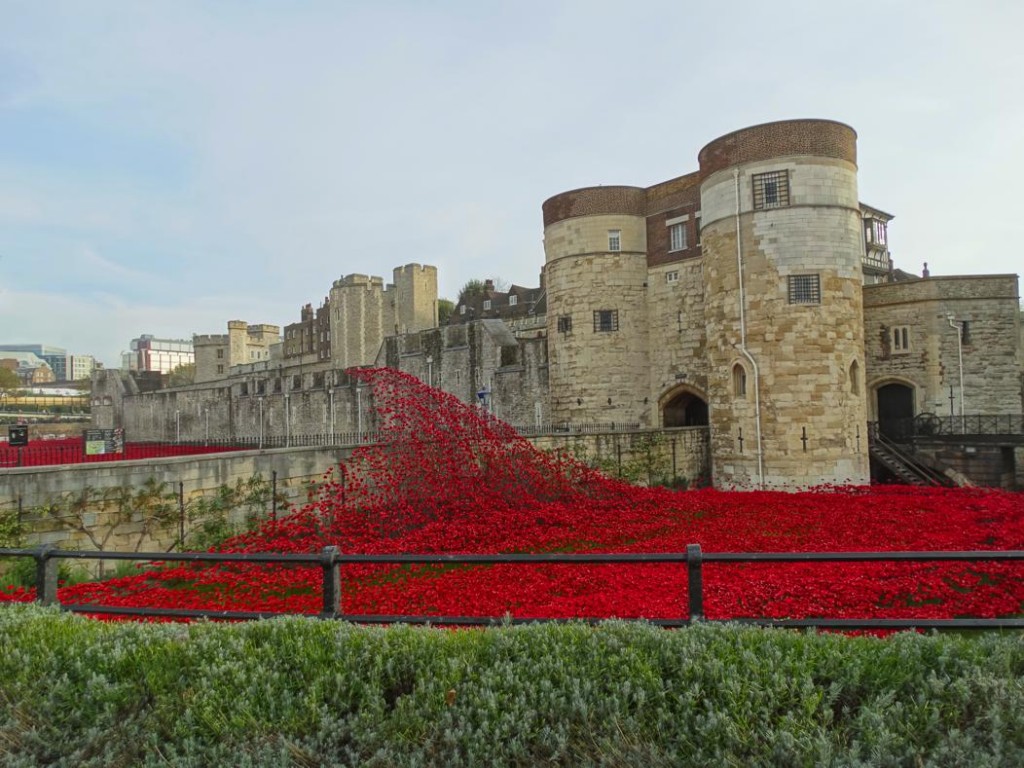 The brilliant red poppies filling the moat are a tasteful and dramatic symbol of remembering those lost to war.

Are you looking for a tour of London Tower? Be sure to take advantage of at least one of the informative and fun tours offered by City Wonders. While our tour was comped in return for a review, we felt more than satisfied that our extremely knowledgeable and cheerful guide would make anyone’s visit to London more pleasurable and informative. The small group atmosphere was very welcome and the charming personality of our guide made the time seem to pass way too quickly.