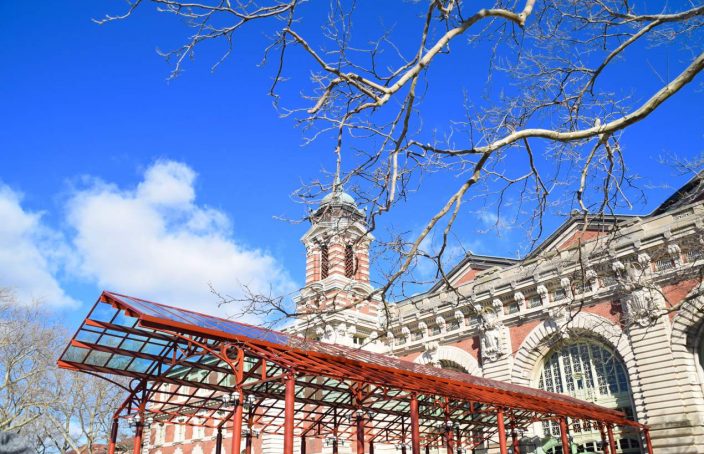 Hi, thanks for the awesome post and useful information, I like to read such posts because I love travelling around… 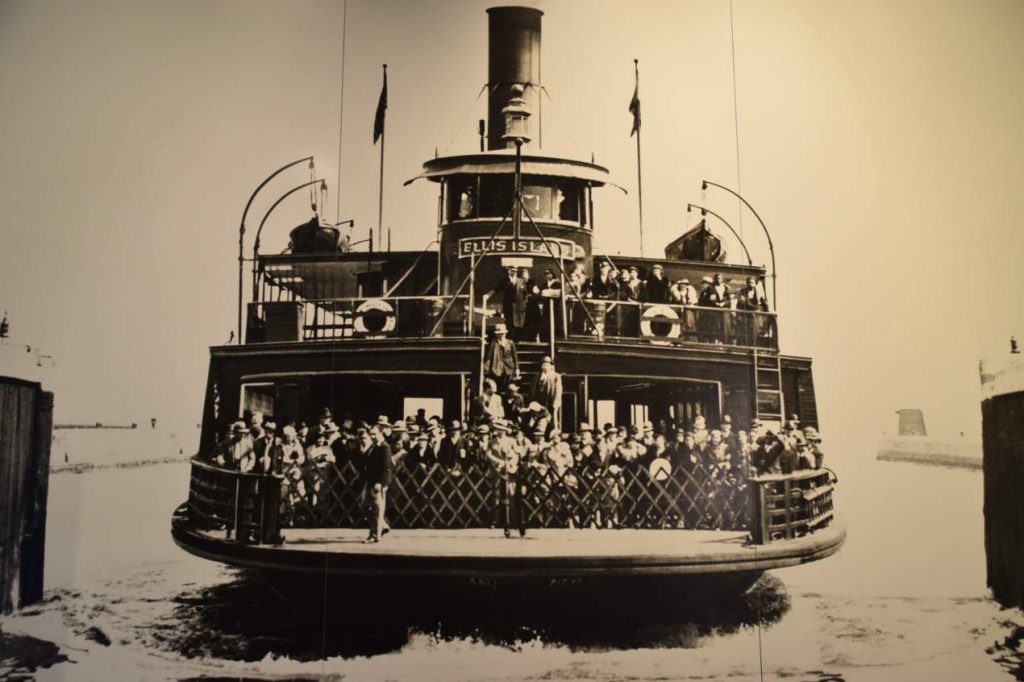 Beginning in 1892, Ellis Island was their first step on American soil. Men, women, boys, and girls. Infants and the elderly, all carrying only what meant the most to them. A faded photograph, a battered Bible, a tattered stuffed bear.

“Put your baggage over there,” was the order as they slowly filed inside, glad to be on solid ground for the first time in weeks or months of rough sea travel. Twelve million individuals from 1892 to 1954 came through those doors.

As you enter the Ellis Island Immigration Museum, you’ll pass through the same doors as the immigrants did. The Baggage Room is right in front. This emotionally moving place is where weathered trunks and scuffed suitcases holding all that was dear were stacked high on the floor, their owners unsure of whether they’d ever be back to reclaim them. 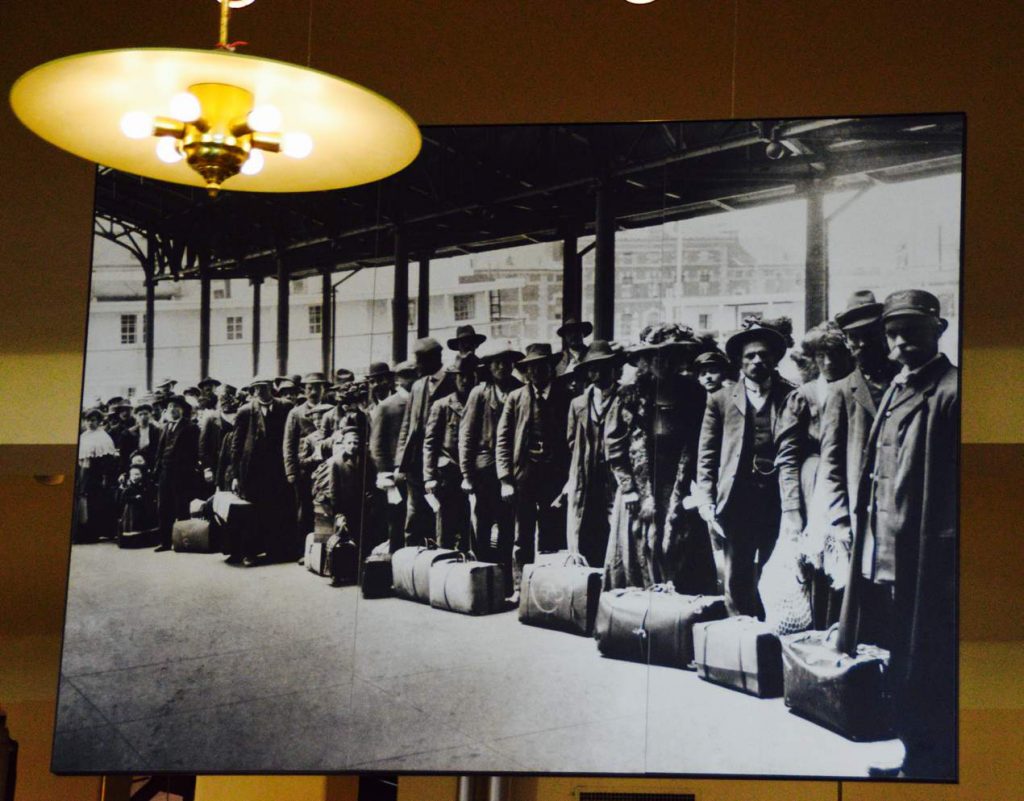 After leaving their belongings, those seeking a new life in America were sent upstairs to be processed through “America’s Gate” into the Registry Room. In this area, inspectors seated on high wooden stools asked immigrants their name, home town, occupation, destination, and amount of money they carried – up to 31 questions in all. This vast cavernous space in the Great Hall must have seemed like a Tower of Babel with the cacophony of noise from many languages and unfamiliar customs.

Following inspection for medical and legal issues, the immigrants filed down the Stairs of Separation on the other side where they could exchange money, buy provisions and rail tickets to their final destination. Almost 1/3 of the 12 million individuals stayed in New York City to make their home in America. 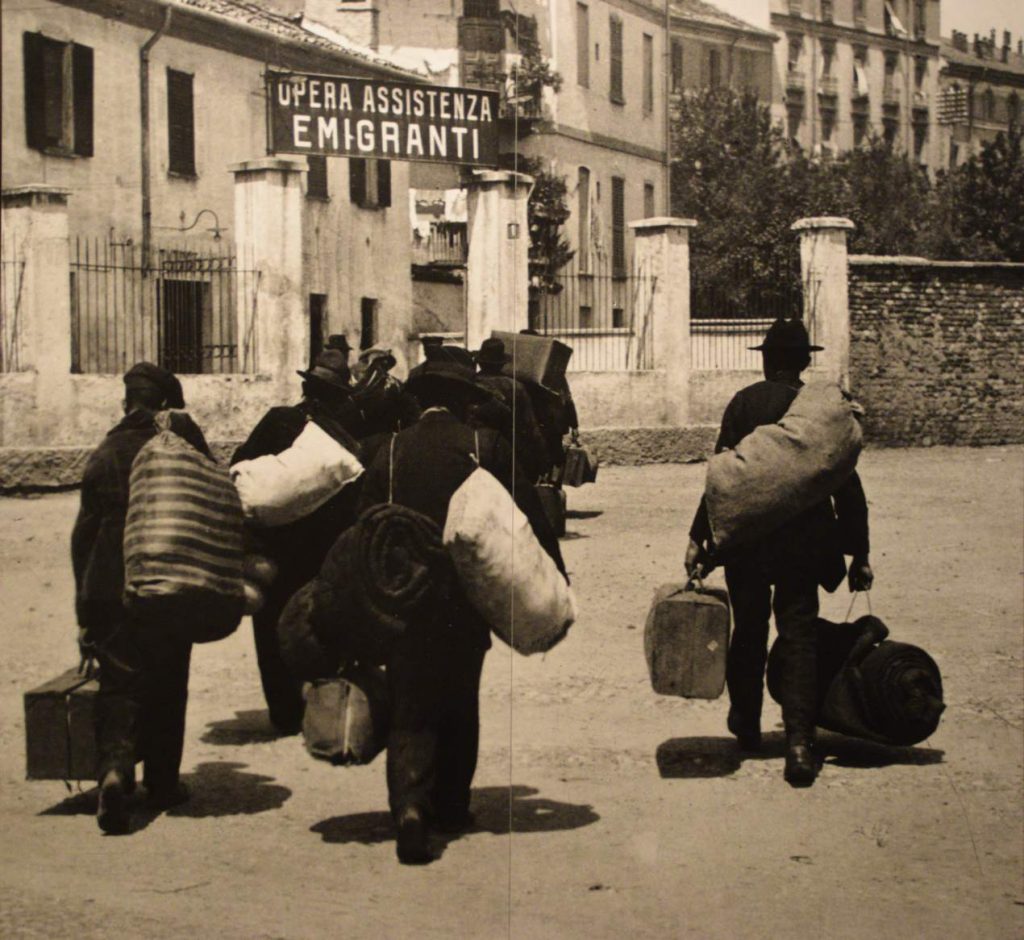 Take a moment at the bottom of the stairs, where many met family members or friends made on the journey over at the Kissing Post. Also, don’t miss the Treasures From Home exhibit on the Third Floor. Here you’ll find a poignant collection of over 2000 possessions that immigrants brought over from their homelands. The things most dear to their hearts. 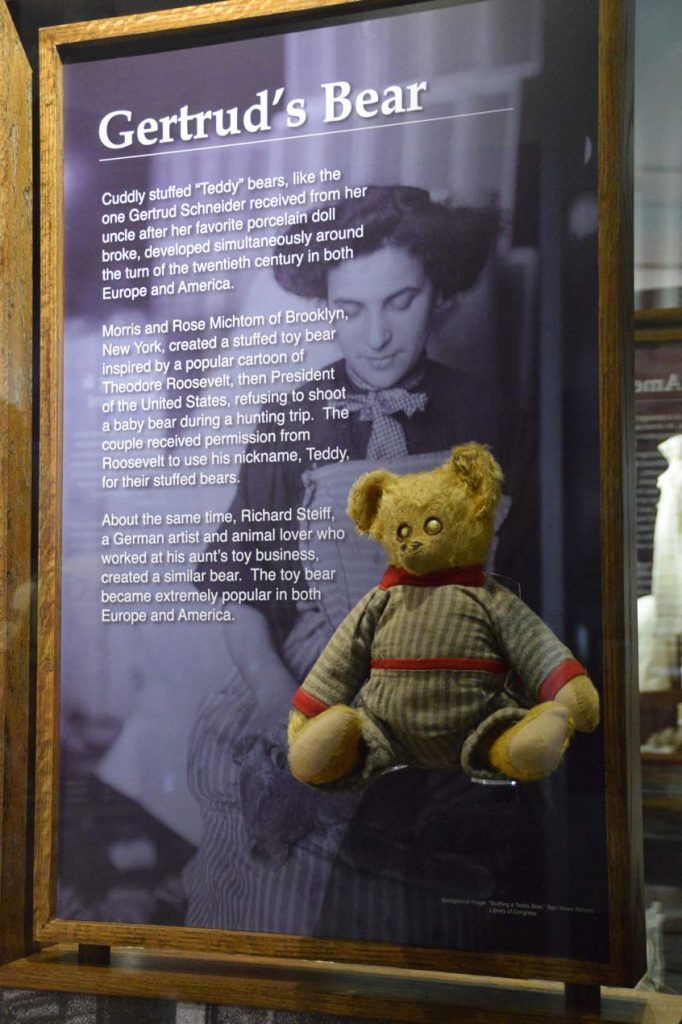 Note: All areas in italics are part of the Ellis Island Museum’s three floors of exhibits documenting the immigrant’s actual experiences. Don’t miss this important part of American History! 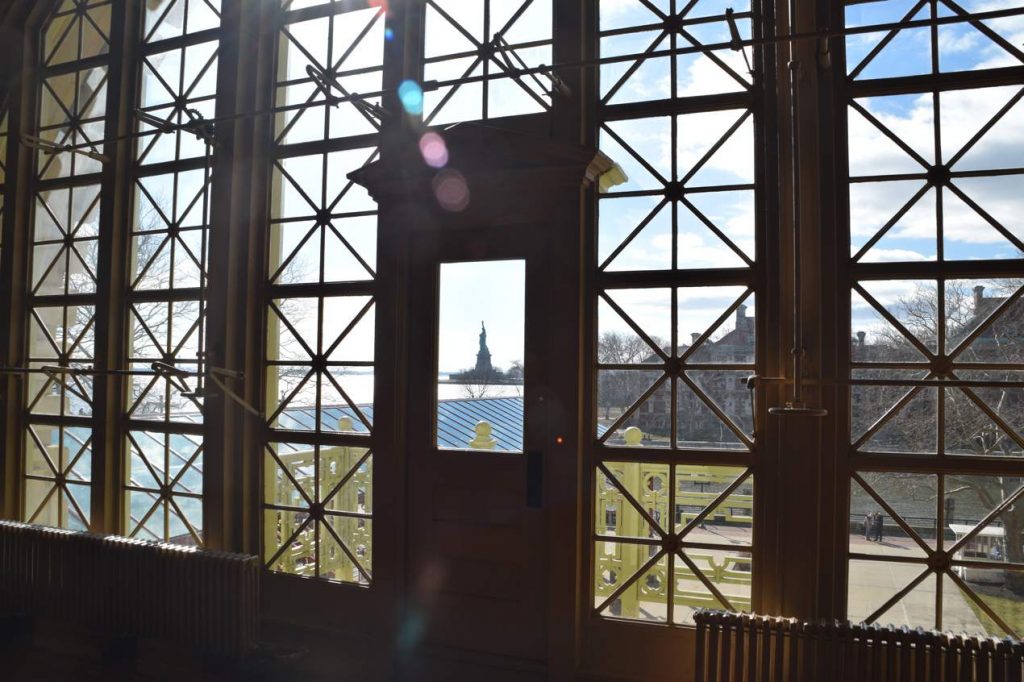 View of the Statue of Liberty from Ellis Island