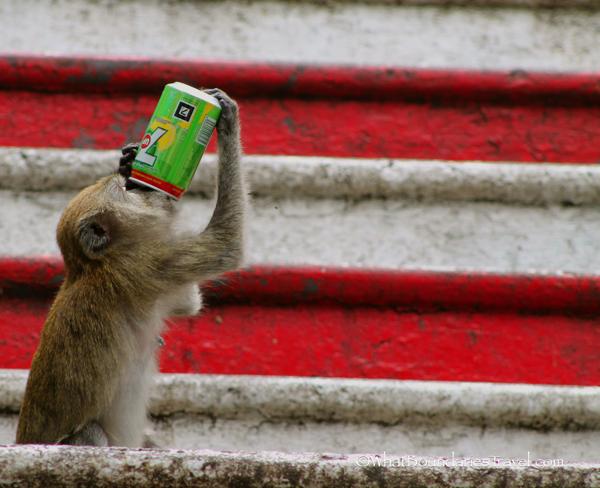 Unfortunately it’s not the Monkeys fault, it’s the stupid people feeding them. It happens all over the world, and eventually…

Just a short train ride from bustling Kuala Lumpur, Malaysia are the Batu Caves. Known mainly for their significance as a Hindu holy shrine dedicated to Lord Murugan, this popular tourist destination is also the home of a troop of very cheeky Batu Caves monkeys!

Hiking to the Caves

The caves themselves are said to be around 400 million years old and the local people believe the symbols can be traced back to the earliest indigenous Temaun tribe. There are 3 main caves that can only be reached by a climb up 272 steep stairs. However, the view inside the caves is worth the trek!

Outside the Batu Caves, standing at 42.7 m (140 ft) high is the world’s tallest statue of Lord Murugan, a Hindu deity. The statue, which cost approximately 24 million rupees, is made of 1550 cubic meters of concrete, 250 tons of steel bars and 300 liters of gold paint brought in from neighboring Thailand. Very impressive indeed! 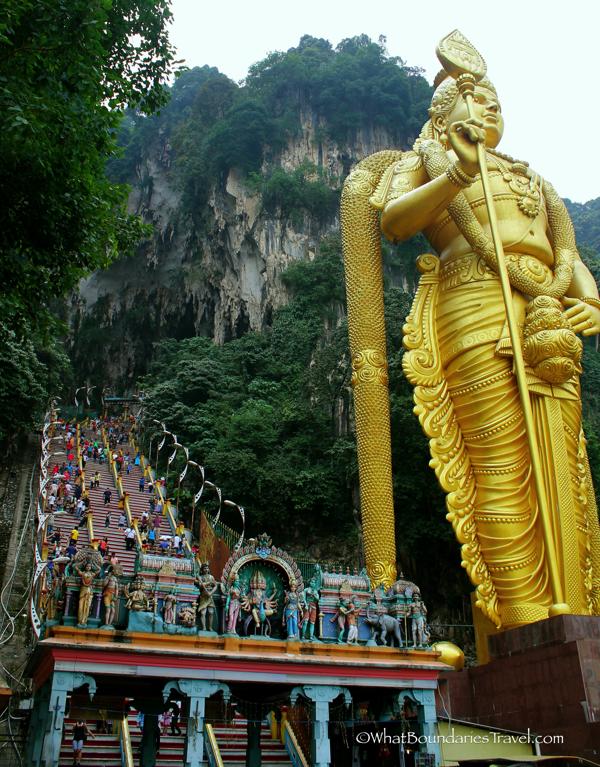 The Steps of Batu Caves. Well Worth the Trip

The Batu Caves Monkeys Steal the Show – and Your Sunglasses!

But in spite of all of the religious splendor on display, on our visit to the caves, the macaque monkeys stole the show. They were everywhere – darting in among unsuspecting tourists and worshipers alike – with no respect for either cameras or prayers. Eyeglasses were unceremoniously ripped off of heads and flung high into the trees to an awaiting accomplice. Women’s handbags were ransacked with agility that would make a New York pickpocket envious. Cans of soda were plucked from surprised children’s sticky fingers and gulped down before the little one could even begin to bellow. Pilgrims struggling up the steeply pitched steps would suddenly find their way blocked by a large, furry body with a nasty snarl demanding his share of whatever was in bag or pockets. 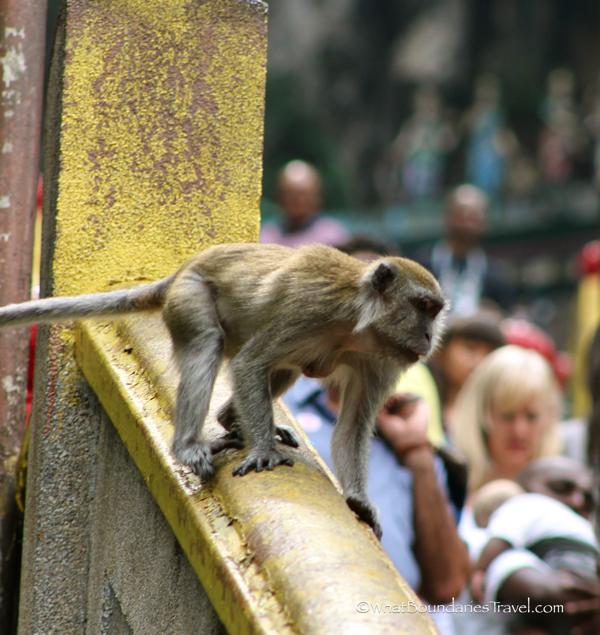 While Cheryl made the climb, I elected to stay down and take a few pictures of these evil entertainers who were so obviously using us humans to relieve their boredom. Beautiful necklaces strung with fresh flowers were gleefully shredded over the heads of worshipers as they tried to enter the temple. Shoes, taken off in reverence for the site, were haphazardly tossed and rearranged by the younger monkey set. Sitting high overhead on the entrance way, one particularly demonic fella would casually await his next victim and toss pieces of half-eaten orange on their heads. Then, when a scream or shout was elicited, he would scamper around grinning as though he had won the monkey lottery! 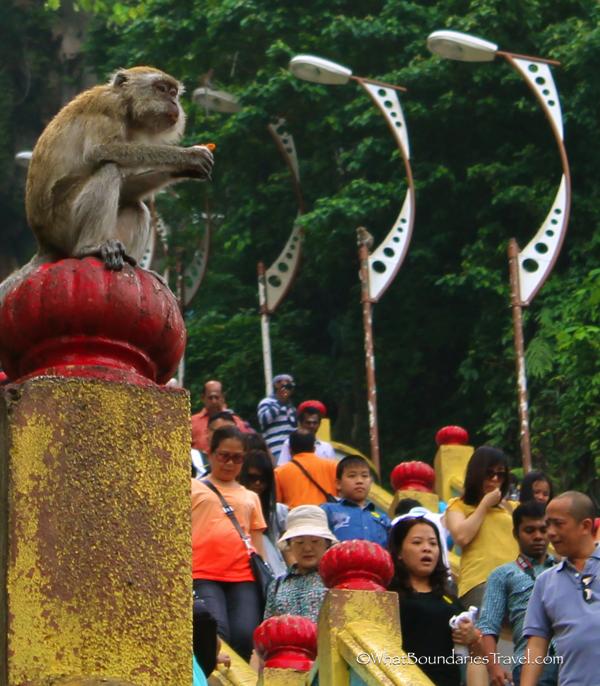 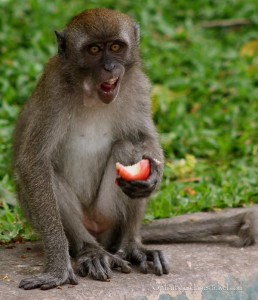 Some Tips While Visiting the Batu Caves

The Batu Caves are a definite must-see when visiting KL, but just be prepared for the cheeky monkeys. Here are a few tips:

1. Keep all of your bags tightly zipped and have nothing in your pockets that you would be upset if a monkey took and ran away with.

2. If you wear glasses or sunglasses, a neck tether is a good idea. Keeping your eyes open to be aware of the monkeys is an even better idea. They seem to prey on those who don’t make eye contact.

3. Hold cameras close and use a neck strap if you have one. These guys are very curious and it doesn’t matter to them if the camera cost $25 or $2500.

4. Don’t feed them! We saw so many tourists handing out food and then acting outraged when the monkey aggressively came back for more.

5. Enjoy them…from a distance. These are wild animals. Really. 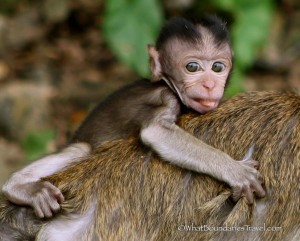 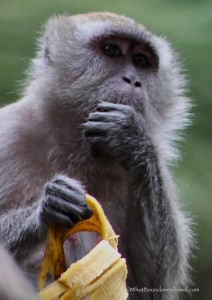 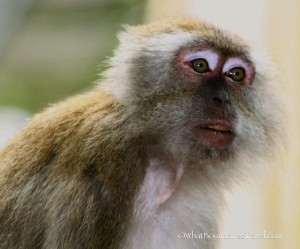