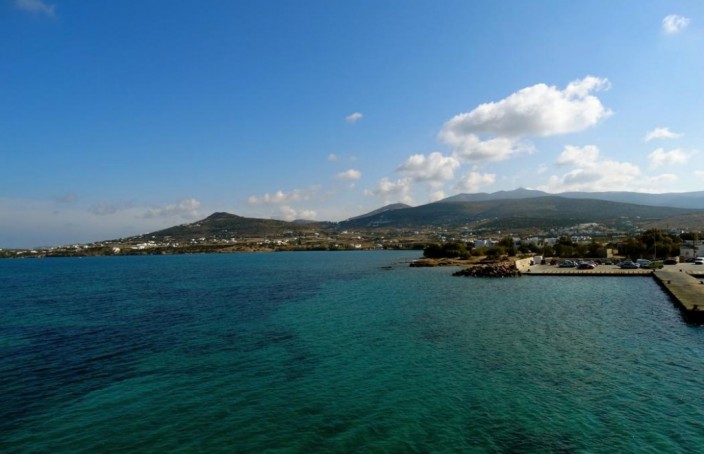 Bluer than blue! Paros is such a beautiful place. =) 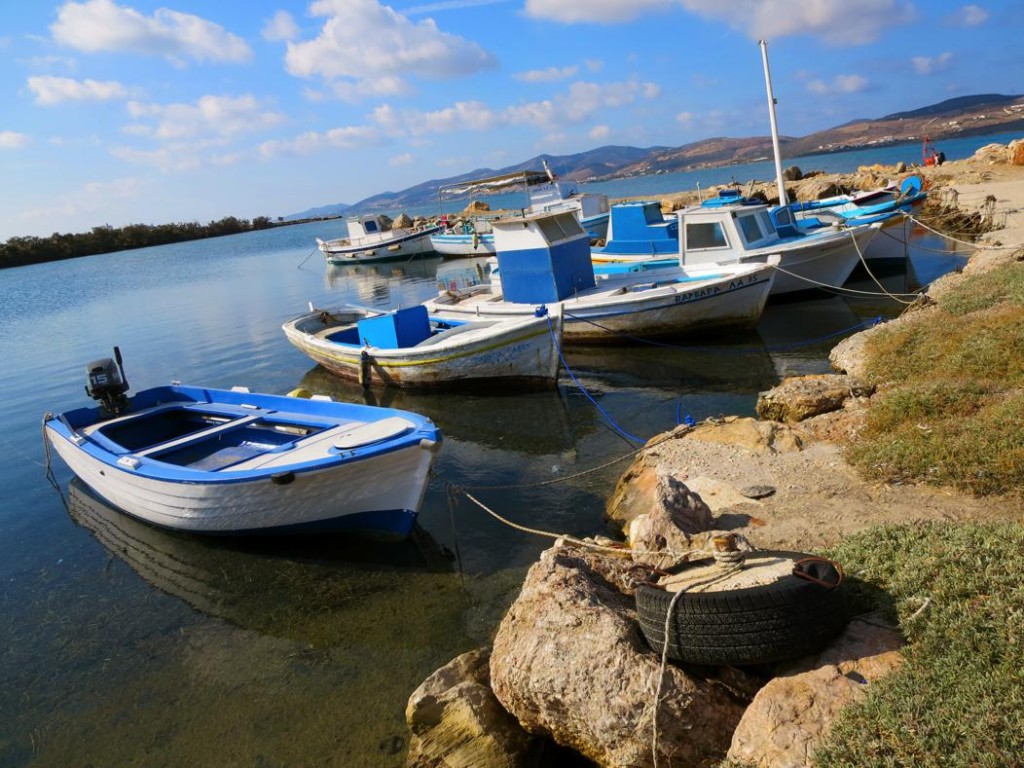 NOT the ferry, but fun to explore while waiting!

Across a small stretch of brilliant blue-green water we could see our destination less than one nautical mile away – the tiny island of Antiparos. Our host on Paros, the Greek Island where we were staying said it was not to be missed. Let’s go, we said! But how would we get there? The road to Pounda led us about 7 kilometers from the port city of Parikia, then headed toward the sea. We weren’t sure we were even at the right place until we found the departure board at the end of the road. Every half hour…perfect! 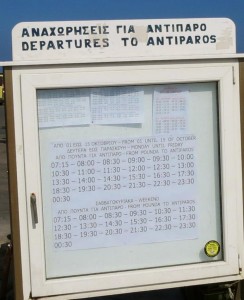 The tiny store near the ferry had a sign outside (in English, yay!) telling us a ticket machine was outside. But this ticket machine said it was for the island bus system, not the ferry. Upon asking the clerk inside – who I’m sure has been asked this very same question at least a thousand times already – we were told that we would buy our tickets ON the ferry and the cost would be 1 Euro 10 cents for a walk-on fare each way. 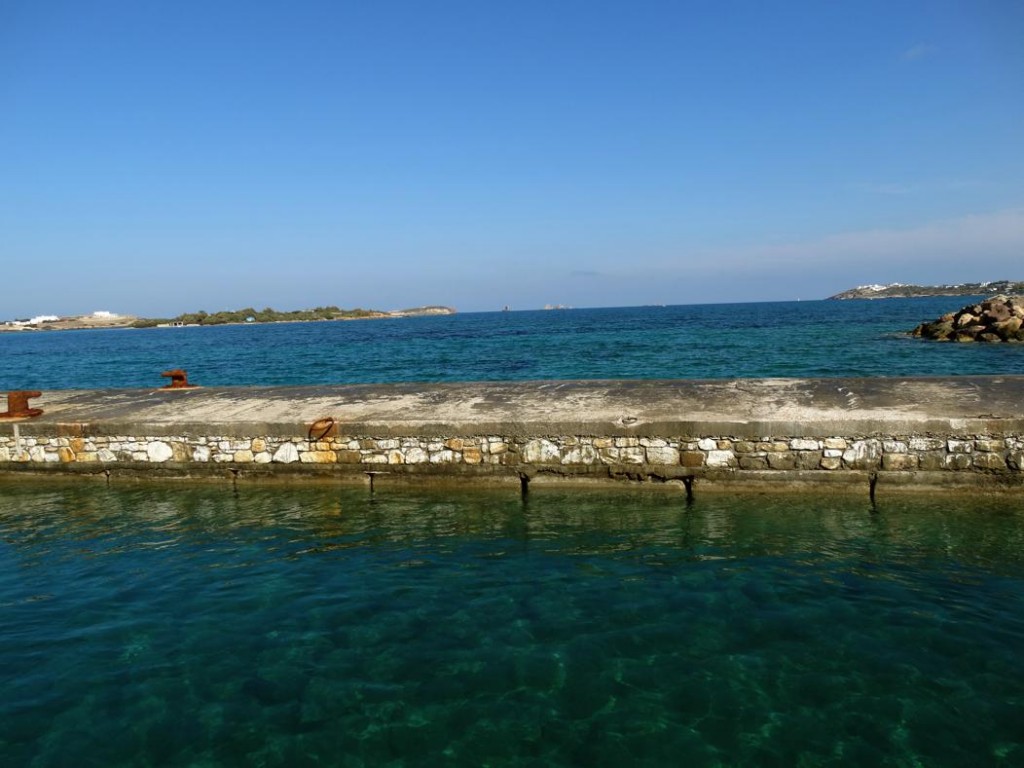 Waiting for the ferry

We could see the ferry coming coming across the bay. It was one of those picture perfect days on the Greek Islands when the sea and sky dazzle the eyes. 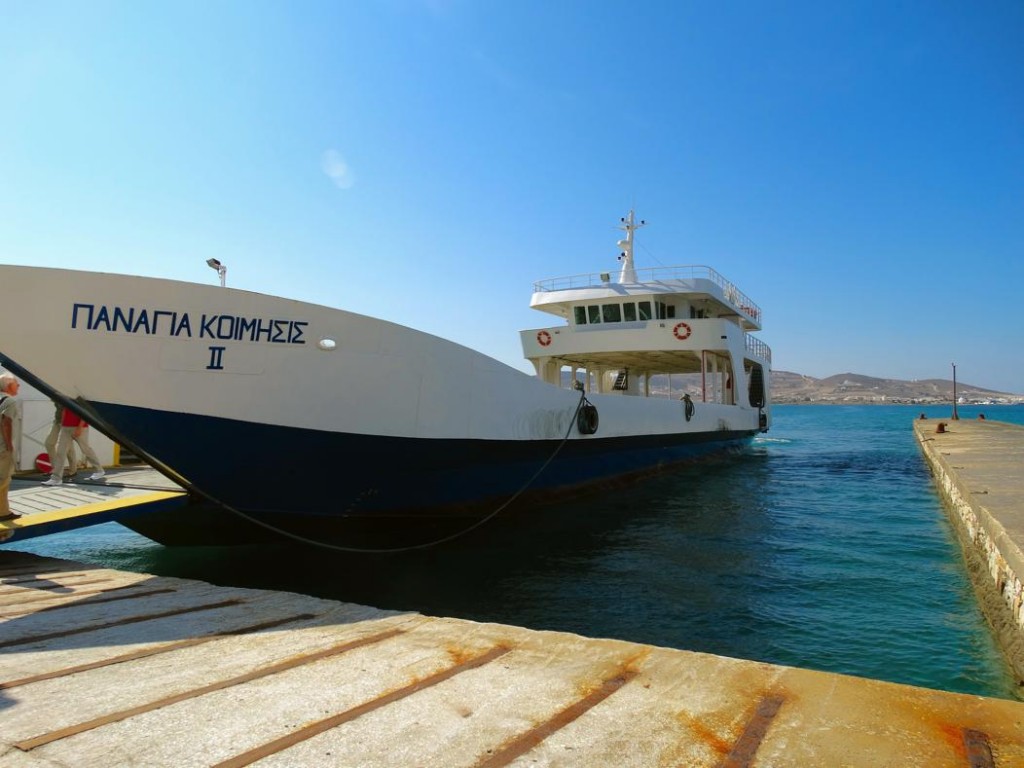 We walked aboard and found a place upstairs to take in the spectacular views. There was lots to see! 🙂 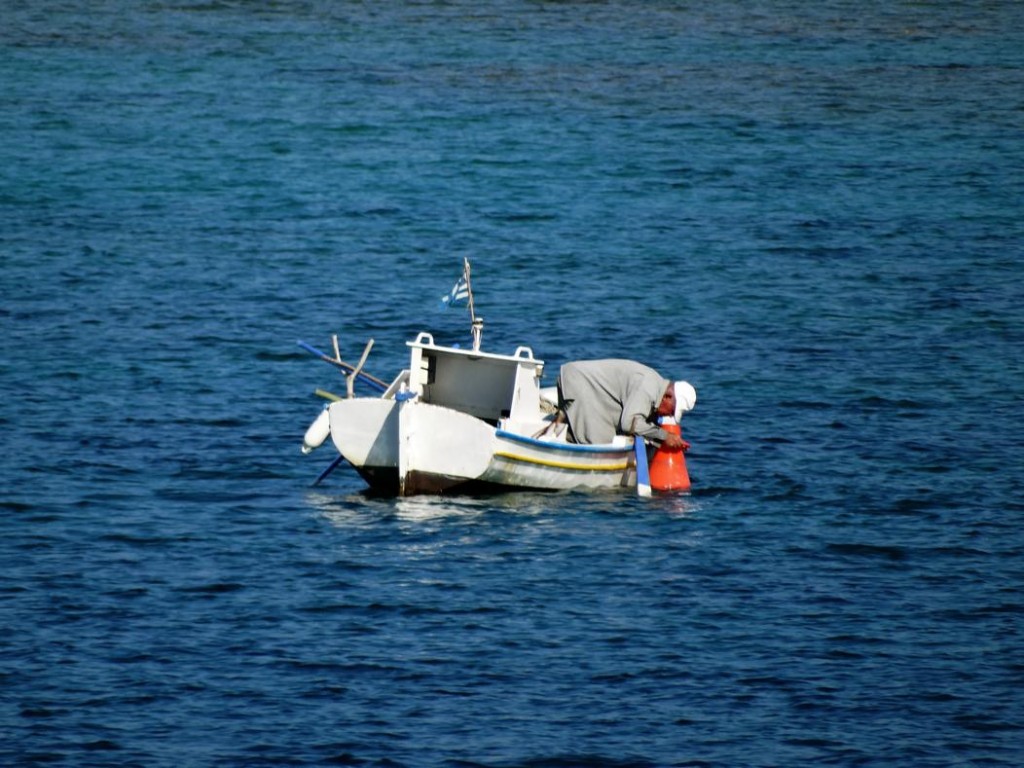 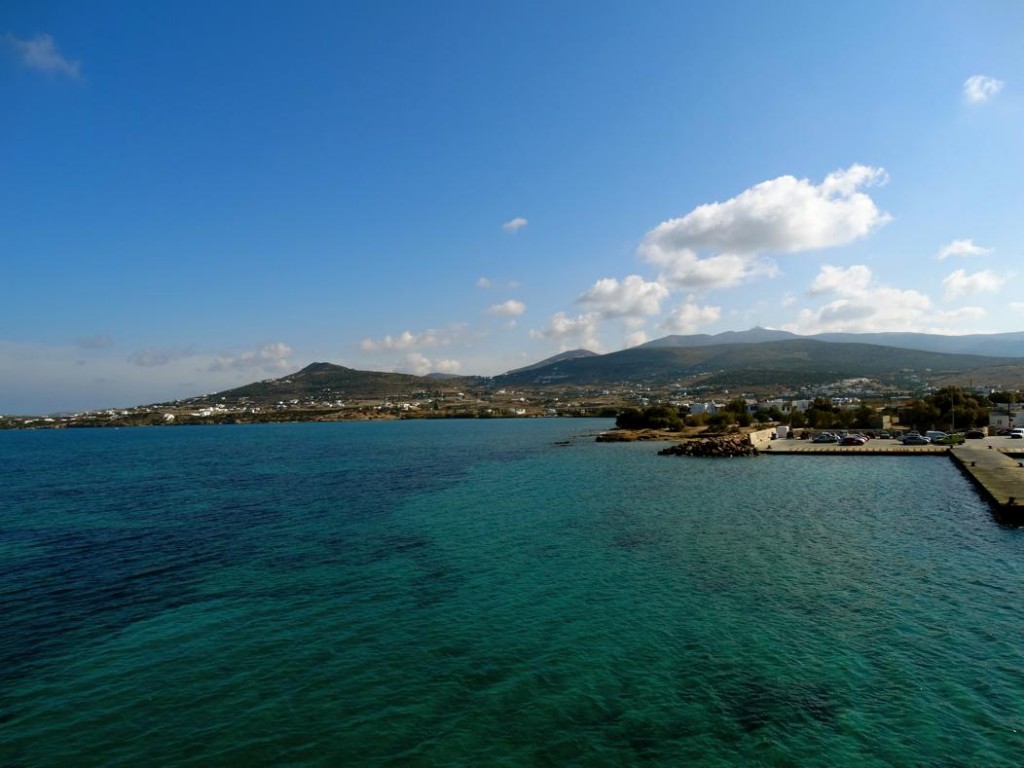 From the top deck… 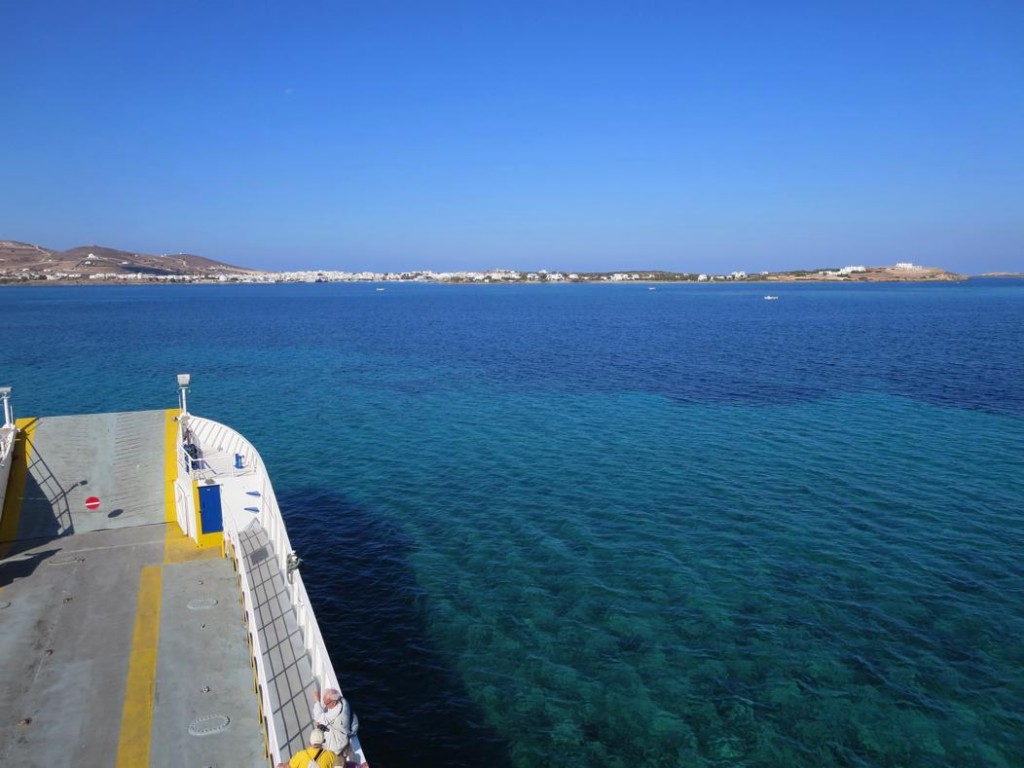 All too quickly we arrived in Antiparos. But this ride wasn’t nearly long enough! Thankfully we had the whole charming island to explore. 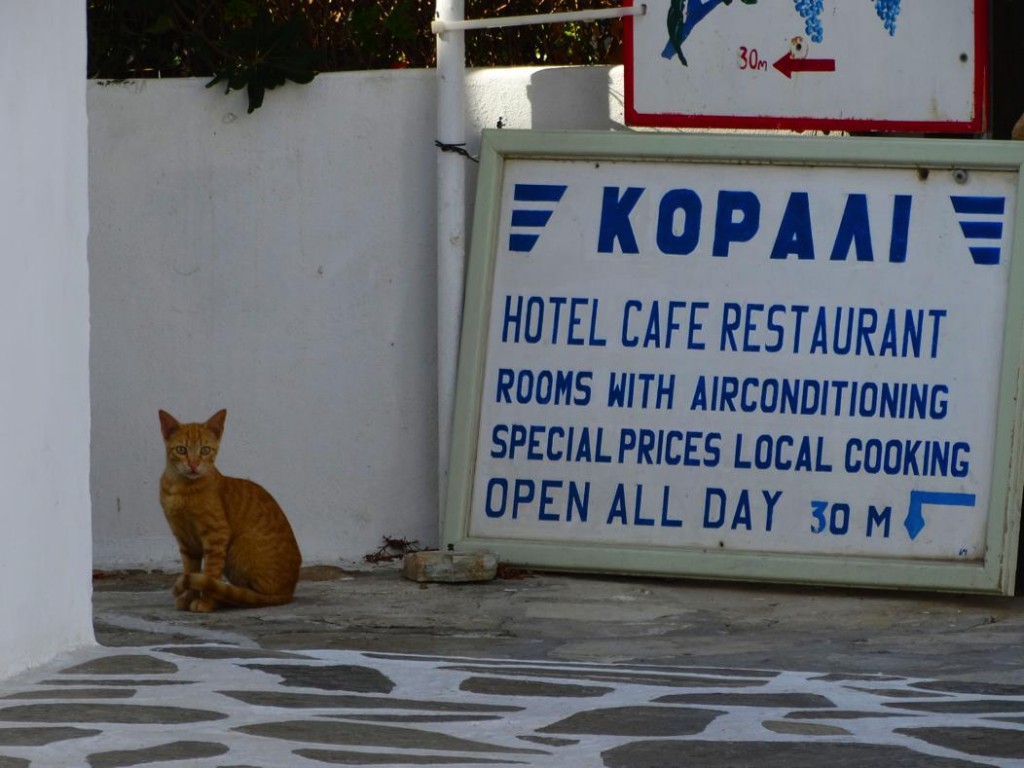 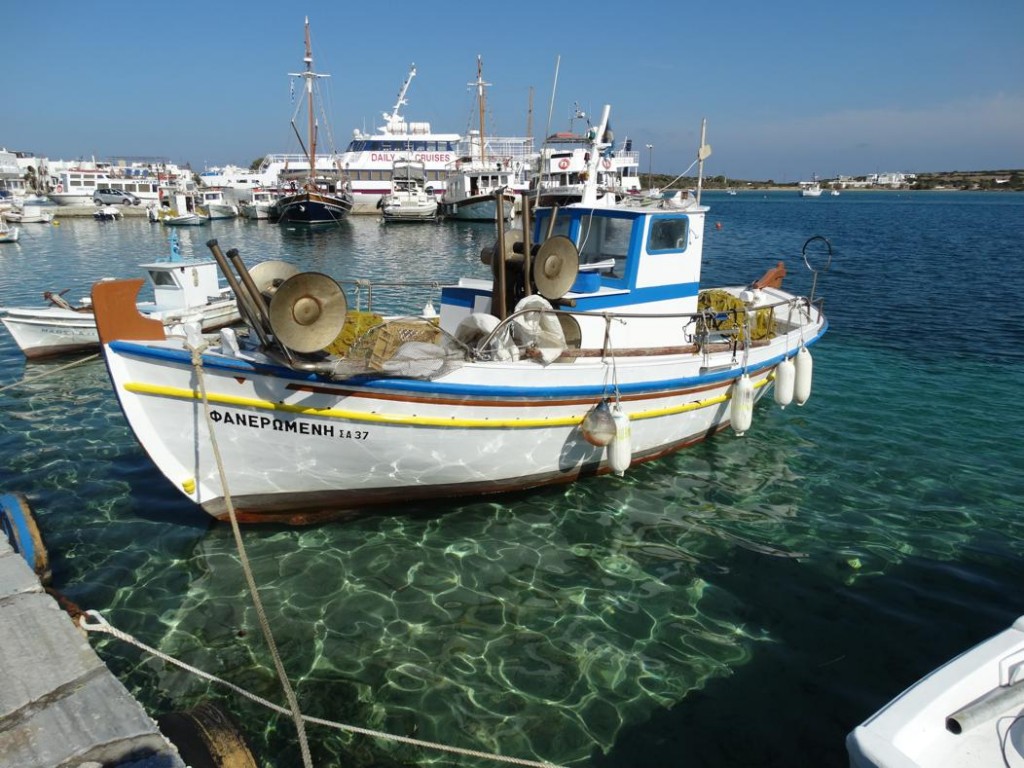 We didn’t run into Tom Hanks on the island, even though he has a home there, but we had lots of fun shopping and taking in the sights. There is quite a bit to see on this tiny island from caves to castles. I’d highly recommend a trip to see Antiparos if you’re in or around the Greek Islands. Although it was only a 5 minute ferry ride from Paros – it was an unforgettable experience to visit this fascinating island.