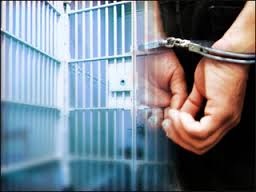 Wow, so glad that you were OK. I know of someone who experienced a similar situation many years ago. After…

It was so frightening. We’d just arrived in Singapore from a neighboring country and the line to go through customs was around the block. Without thinking much about it, I reached into my bag and pulled it out – right there in front of everyone and more dangerous than I could have imagined. It took a second to register the look of shock on the faces of those around me who immediately backed away in horror. I looked at what I was holding in my hand. Not a weapon, not illicit drugs, not child pornography, but something much worse. The completely banned and totally illegal – stick of gum! Numb with shock, I realized my mistake and put it back deep inside the bag, sweating profusely and hoping no one would know how close I had come to breaking my first Singaporean law.

Chewing gum in a public place is illegal here in Singapore. Bringing it into the country (albeit in larger quantities than I was carrying) is punishable by heavy fines and jail time. But why? I was curious. When buying something as seemingly innocent as chewing gum is relegated to the lever of minor drug possession, there must be a good reason.

Singapore is the second most densely populated city in the world. 5.2 million people living on a 710 sq km island community. This means lots of urban high rises for people to live. Over time, vandals had been sticking gum in mailboxes, keyholes, and on elevator buttons as a general nuisance. Cleaning gum from city streets, city park benches and city bus seats got to be quite a problem. Still not bad enough to make a drastic change, but minds were already at work on what could be done.

This is is city that prides itself on it’s cleanliness. Streets are vacuumed of stray leaves and parks are pristine. With so many people, public transportation systems are the norm as well. In 1987, when the new metro system (MRT) was built, it was the pride of the country. Teng Cheong, who would become the country’s first democratically elected President stated, “…the MRT will usher in a new phase in Singapore’s development and bring about a better life for all of us.”

Soon after the MRT was completed, gum wads were found on the door sensors of the brand new trains and train service was disrupted. This time the chewing gum addicts had gone too far. In 1992, a ban was placed on selling and distribution of all chewing gum in the country. This was enforced by the some division that covers alcohol and tobacco…it’s that serious. In 2004, the law was revised to allow therapeutic gums – like nicotine chewing gum – to be allowed, but only from a pharmacist or dentist and these are very carefully controlled.

So now we both know the rules and why they exist. It was a close call for me this time. Hopefully, I’ve learned my lesson and won’t be spending time in the prison system of Singapore. I think I’ll just switch to mints.