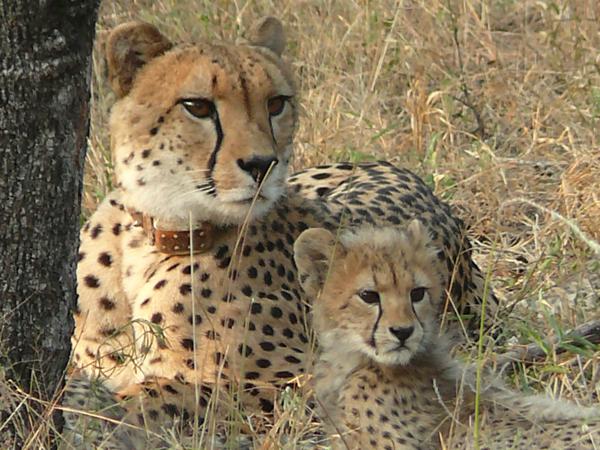 Africa was absolutely one of our favorite places! And we totally fell in love with the cheetahs ;-) 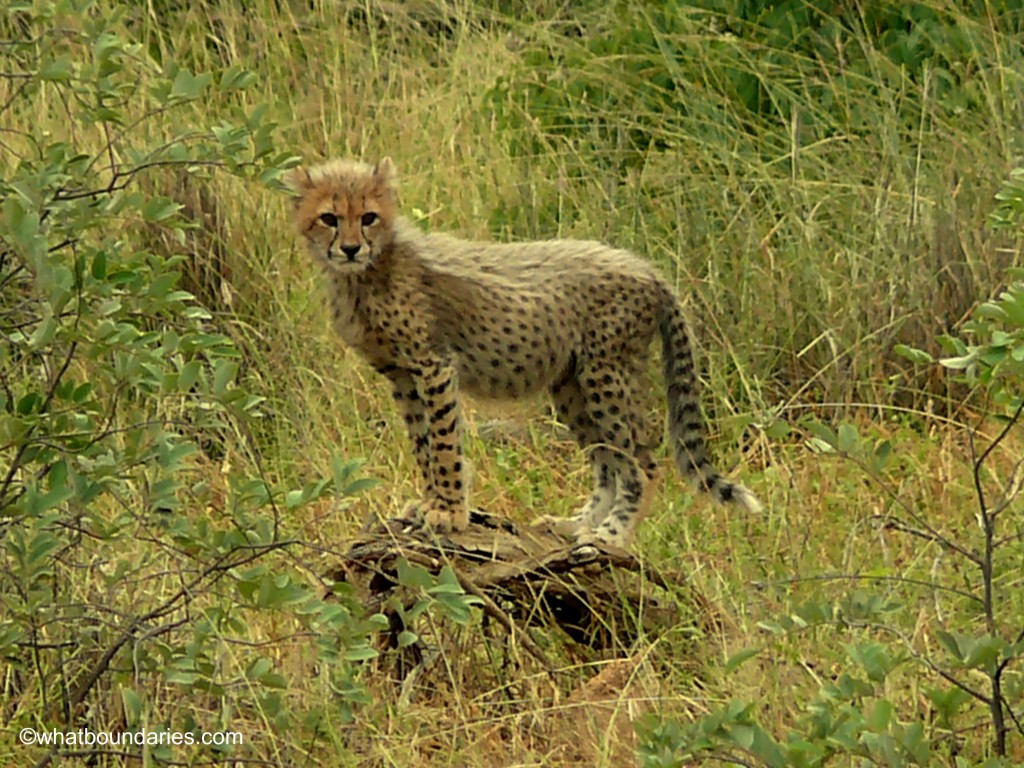 Our morning safari game drive on Karongwe Reserve in South Africa. The sky is dark, but should be lightening up fast. Driving slowly out of the the compound, we rouse a sleeping giraffe. “Sorry, buddy, for the abrupt wake-op! Those tinker-toy legs take quite a bit to untangle,” I whisper.

Even at this early hour the excitement of what we might see today is all around us – and it’s not just a caffeine buzz from the high test coffee we’ve all just chugged before piling into the truck. Cameras? – check! Water bottles and a mid-morning snack? – check! Telemetry equipment and notebooks for recording data? These are even more important than the extra thermos of coffee we’ve stowed in our pack because these are for collecting information from wild animal observation. That’s the reason we’re here for 12 weeks with a Global Vision International expedition to study. The added bonus is getting within a few meters of a wild African lion or a mother cheetah with her fuzzy cubs.

Is that a spotted hyena coming in from a kill? Do those moving leaves hide a camouflaged leopard hiding high in the trees? Dawn breaks as an impala saunters across our path, followed in quick succession by his bounding, balletic heard. The day comes on fast and for a few moments the sky shares both the sun and moon to light our way through the bush. Soft shadows help hide the animals just waking and conceals the prey from watchful eyes.

By 6AM, we’ve tracked down our first animal, Nyletti, a collared female cheetah. Her collar emits a particular frequency  that we pick up as a beep on our telemetry device. It looks a bit like a TV antennae held up over the head – the beeps continue as we wind down the frequency leading us directly to where the animal is hiding. There she is! Sitting directly in front of us with her romping cubs safely hidden under a nearby bush. But not for long. The little ones are in and out in a shot, chasing grasshoppers, tumbling, and play growling with each other. 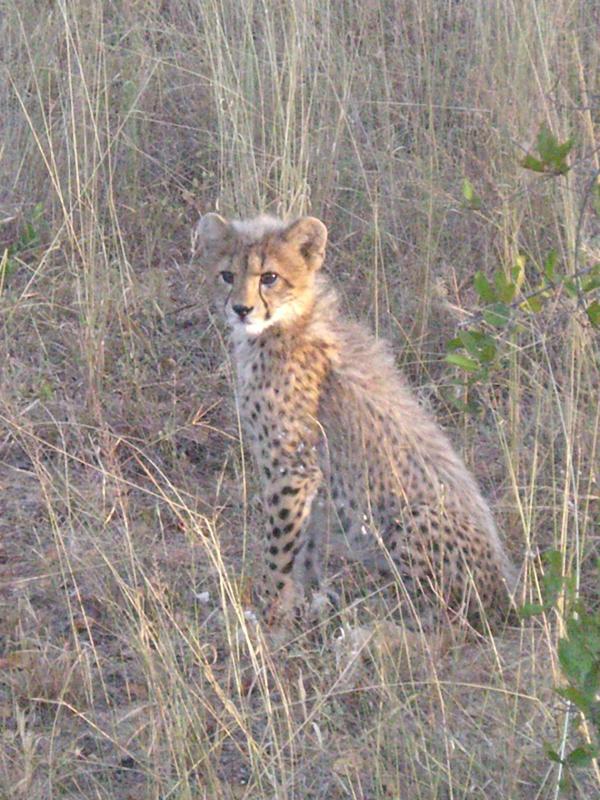 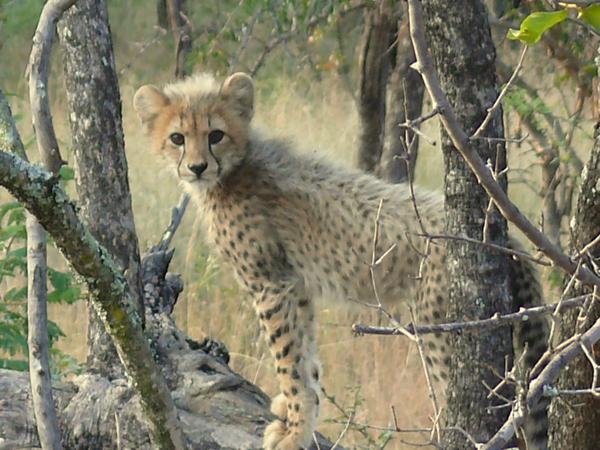 After spending half an hour in the African morning watching the antics of the cubs and taking data, we’re free to take pictures and laugh a lot. Cute doesn’t begin to describe a fuzzy cheetah as he discovers the strange world around him.

The radio crackles. A lion has been spotted! We’re off for the next sighting and it’s not even 7AM!