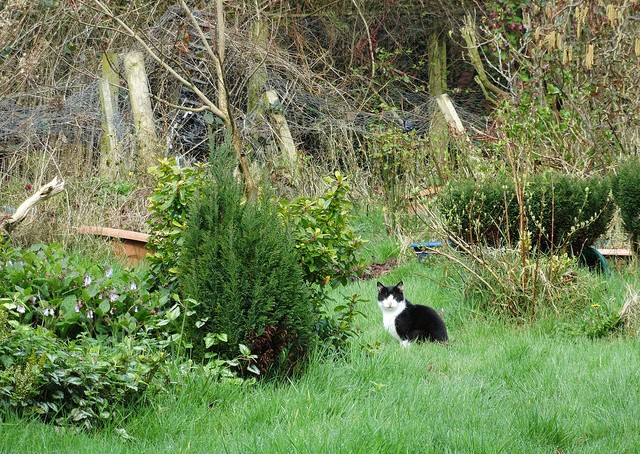 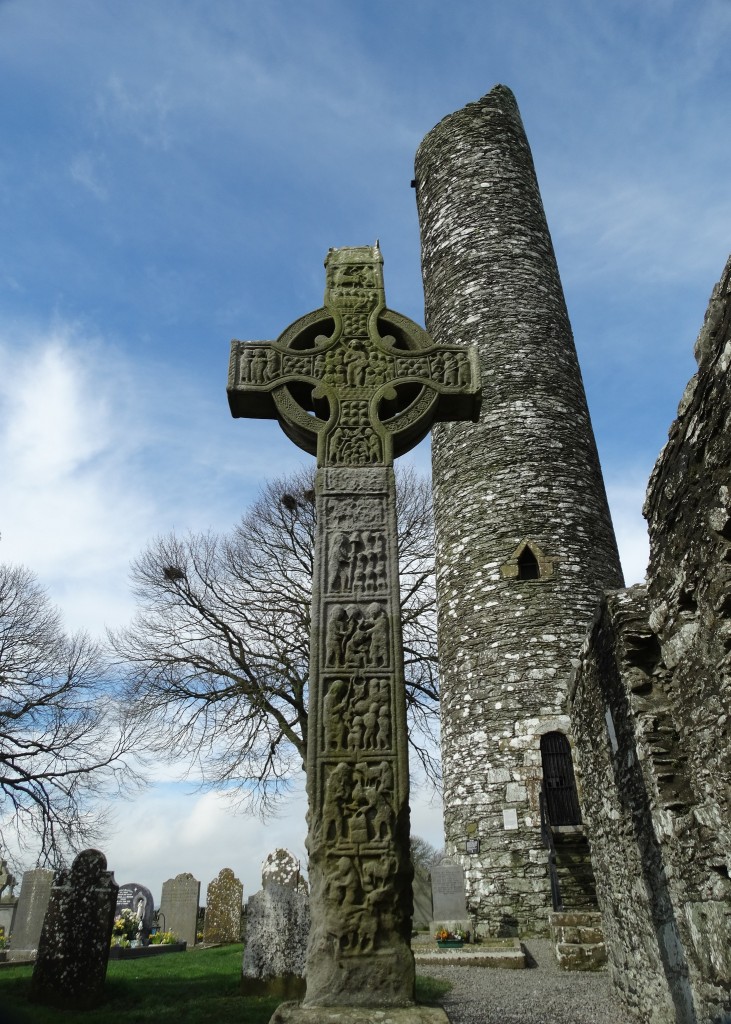 It was within these ancient walls that illuminated manuscripts were written by candlelight and biblical stories translated from far-away languages. Monks gathered here together to share knowledge and keep it safe. Once the center for learning and religion in the Irish countryside, the ruins of MONASTERBOICE near Drogheda beckon lovers of history to see the magnificent High Crosses as well as the one of the tallest Round Towers in Ireland. And the place where a 10th century abbot had his beloved cats immortalized in stone!

In the Irish –  Mainistir Bhuithe or “monastery of Buithe” holds title as one of Ireland’s most famous religious sites. Founded around 500AD by Saint Buithe, a follower of Saint Patrick, this monastic settlement also became a Viking stronghold until 968 when the Vikings were driven out during a massive battle with Donal, the Irish High King of Tara.

Standing almost 17 feet high within Monasterboice is Muiredach’s High Cross, named for an abbot at the monastery, Muiredach mac Domhnaill who died in 923. We know this because of the inscription at the bottom of the cross, along with a carving of the abbots two cats. Two felines, one with a kitten, the other with a bird, sit in high relief before an inscription which is usually translated “a prayer for Muiredach for whom the cross was made.” 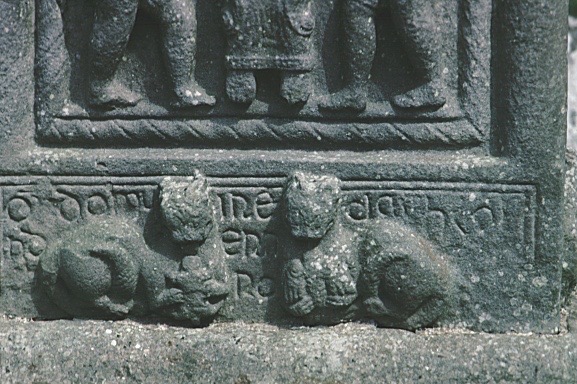 Possible descendants of the abbot’s cats still frequent the cemetery and are happy to share their space with you while you visit. 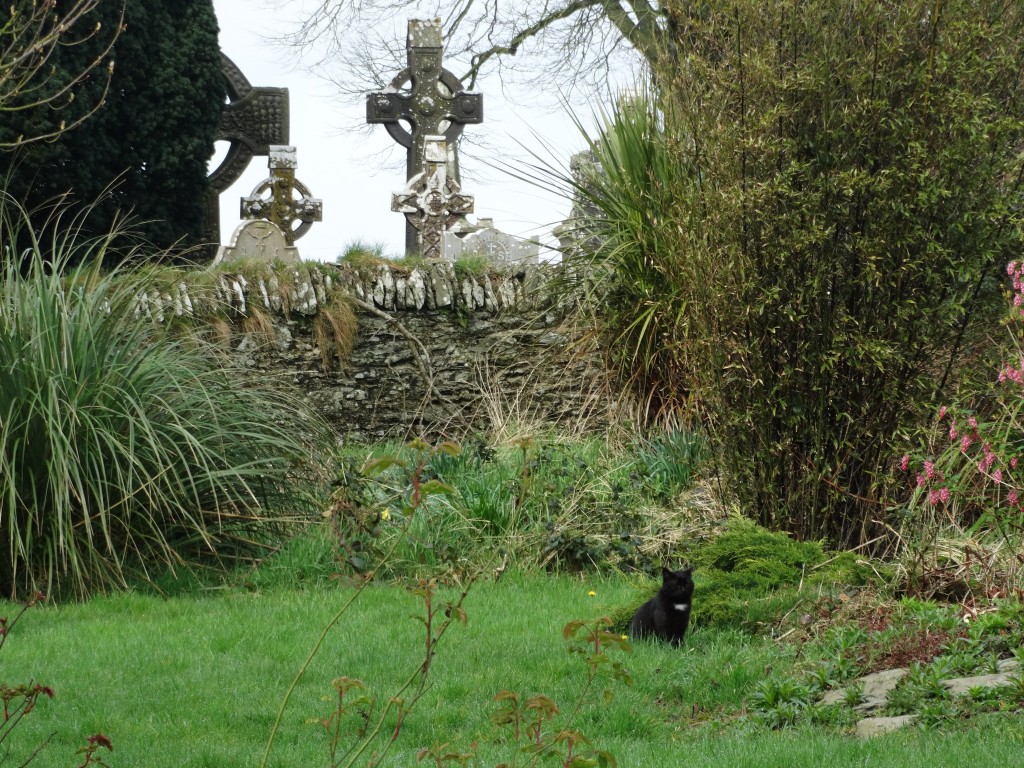 Muiredach’s Cross is regarded as the finest High Cross still to be found in Ireland and features biblical carvings of both the Old and New Testaments of the Bible on both sides. On the west side carvings depict the crucifixion of Jesus, examples of Celtic art bringing the Bible to life for those who could not read. 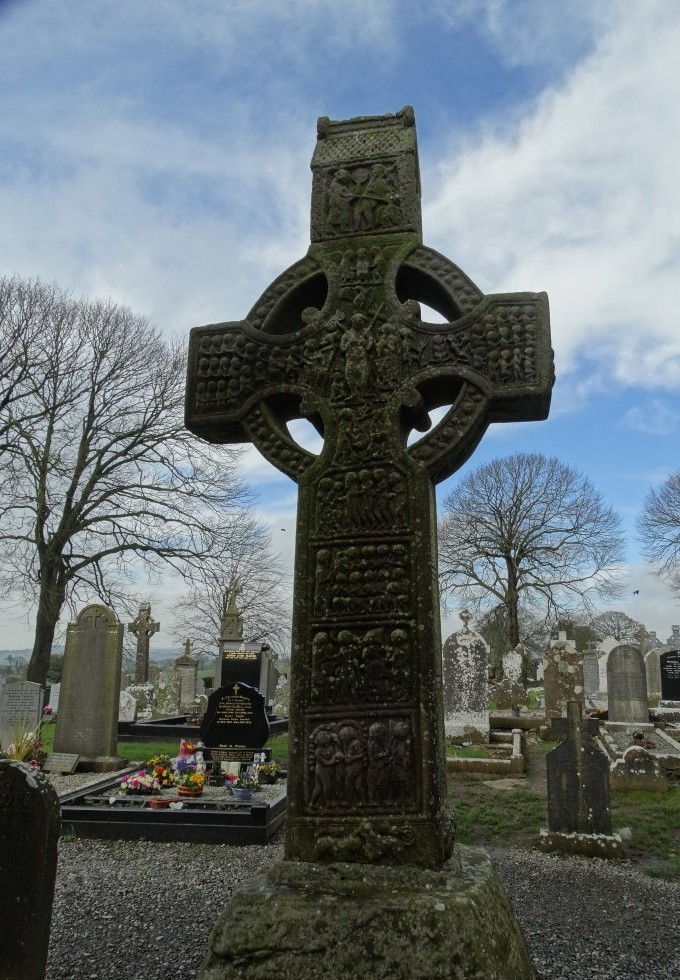 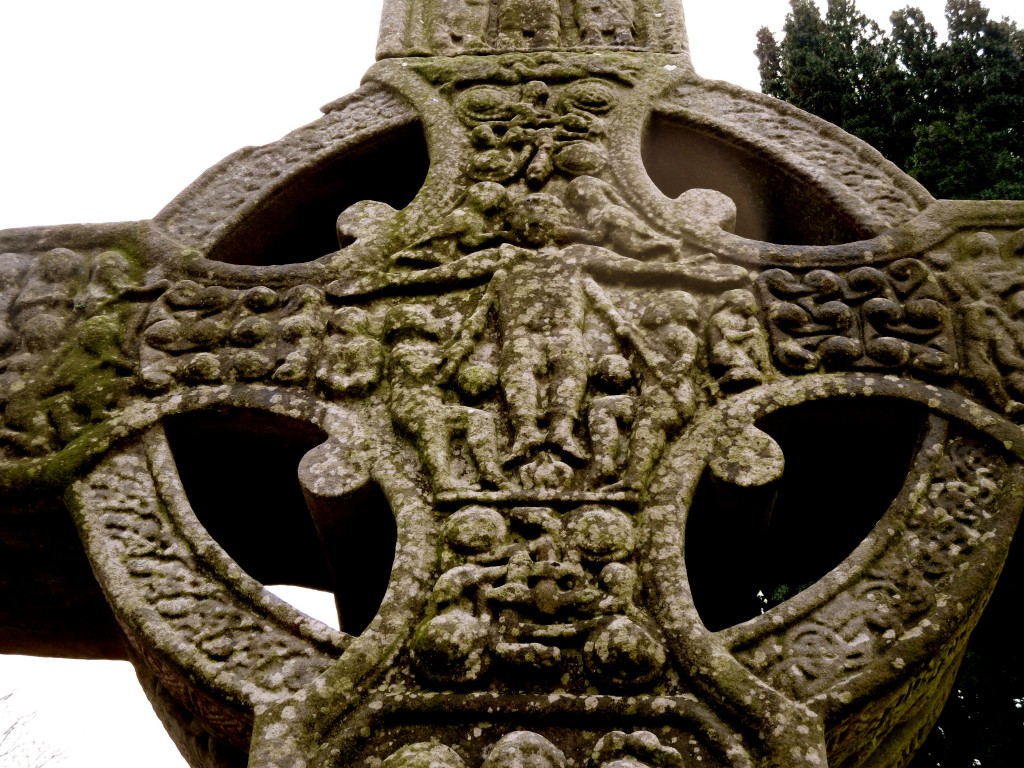 Also in the ruins are the North and West Celtic High Crosses. The slimmer West Cross, located near the round tower in the western corner of the site, is 19 and a half feet high, making it the tallest High Cross in Ireland. Also dating from the early 10th century, it is more weathered than Muiredach’s Cross, especially at the base, leaving only about a dozen of its original 50 panels readable. The North Cross is much more simple and less ornate. 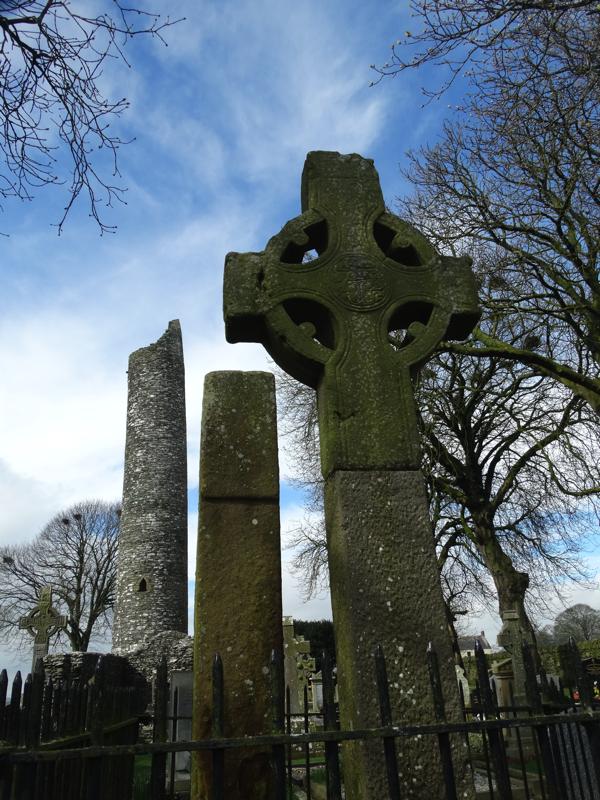 Tallest Round Tower in Ireland

Monasterboice’s Round Tower is over 110 feet tall and was divided into four or more stories inside, connected with ladders. As with other Round Towers in Ireland, this was used as a belfry, watch-tower, and as a place of safety for monks during times of Viking attack. Records indicate that the interior caught fire in 1097, destroying many valuable manuscripts and other treasures. 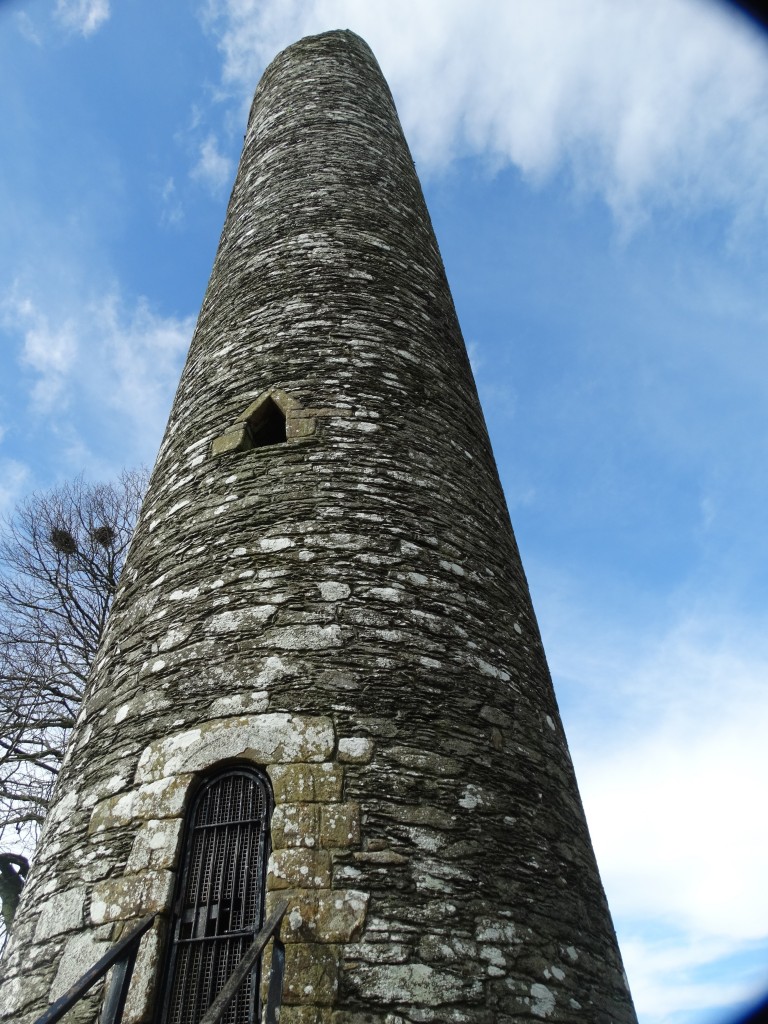 While there is no Visitor’s Center at Monasterboice, there are a group of curious cats who will be more than happy to escort you through your journey in the cemetery. A visit to Monasterboice is a must for those seeking a taste of Celtic lore and sacred Irish sites. 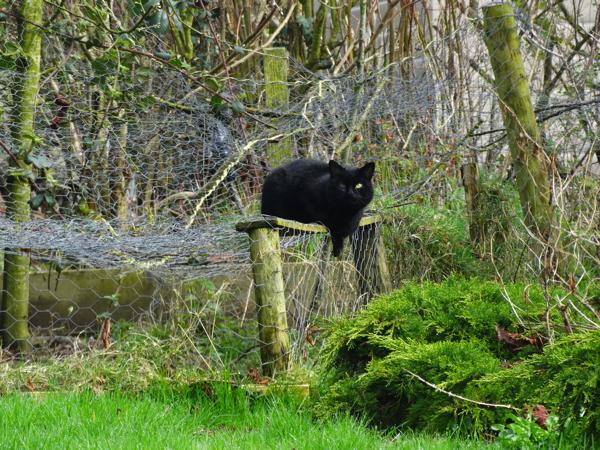 Located in County Louth, north of Dublin, 8 km northwest of Drogheda. From Drogheda take the R132 north, after 7 km take a sign-posted left turn for Monasterboice, from here you can see the round tower situated on your left. This picturesque setting is part of The Valley of the Kings collection. For more historic stops along the way, see Hill of Tara and Mellifont Abbey.